Hate Has Made You Blind 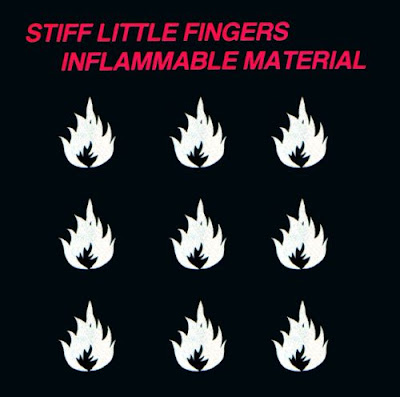 On February 2, 1979 Rough Trade Records released Inflammable Material, a debut album recorded in ten days by the Belfast punk band Stiff Little Fingers. Though released well after the year punk rock broke, the album ranks among the very best for its politically charged dispatches that deal with life in Northern Ireland during "The Troubles".

Taking their name from a song on the Vibrators' Pure Mania debut, Stiff Little Fingers  were originally a popular cover band. That's when journalist-turned-band manager Gordon Ogilvie convinced them to write their own material. Ogilvie contributed lyrics to songs like the first single "Suspect Device", the anti-racist "White Noise" and "Barbed Wire Love". I've already written about "Alternative Ulster", the second single. 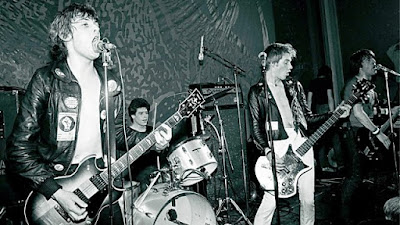 On the online collaborative metadata database site Rate Your Music, one fan of the album ( who goes by the name Jeeeesus)  writes that while Ireland's Undertones gave us romantic pop and Van Morrison ignored the trouble back home, Stiff Little Fingers declared war on the so-called security forces:

Inflammable Material takes so few prisoners over its blazing 35 minutes that the Ulsterman's traditional pursuit of discreetly figuring out the background of everyone with whom he communicates becomes impossible. "Suspect device" is its first track and crown jewel, a storm of protest against the self-appointed community guardians who take away our freedom in the name of liberty. (Singer) Jake Burns's warning shot as the chorus detonates underpins the whole album: Don't believe them, don't believe them. Don't be bitten twice. This is an instruction, repeated elsewhere on the album, by a young man living in Belfast to tell the sociopathic footmen of a paramilitary organization where to stick it. The people he walks among every day are their open or tacit supporters. For this to be the sole voice of reason in a country deserted or screwed over by everyone who should have been committed to its preservation is testament to both the infamy of the latter and the courage and intelligence of the band.

Not all of the album is a report from the front lines. "Barbed Wire Love" is a song about love and sex ("blasted by your booby-traps") in No Man's Love that comes with a surprising doo-wop interlude. "Rough Trade" is about getting cheated on a record deal ( and although the title name checks the band's label, they claim it isn't about THAT Rough Trade).  "Johnny Was" is a Bob Marley and the Wailers cover that runs over 8 minutes. 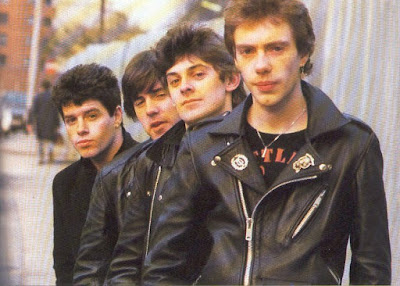 The album sold more than 100,000 copies and peaked at U.K #14, the first album on an independent record label to enter the UK Top Twenty. Stiff Little Fingers still tours and Jake Burns is still proud of the debut album, even though he wishes Stiff Little Fingers had more time to record it. He told Beatroute in 2018: