Girl of My Dreams 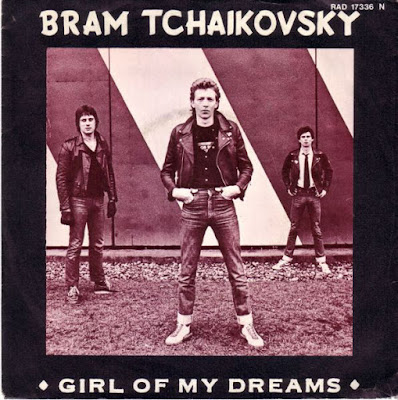 Bram Tchaikovsky  : Girl of My Dreams

In February of 1979, ex-Motors guitarist Bram Tchaikovsky released the power-pop classic "Girl Of My Dreams", from his forthcoming solo debut Strange Man, Changed Man. The single, apparently about an inflatable doll ("And a man needs something /When he ain't got nothing to hold onto /And there ain't no telling /When I feel like yelling, "I love you")  would peak at US#37 in the fall with the help of an American tour opening for The Cars, but little success would follow. Tchaikovsky has left the music business and returned to using his birth name Peter Bramall. A used copy of the CD is priced at $95.99 on Amazon.