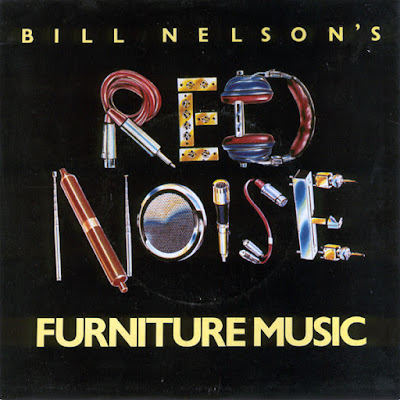 In February of 1979, Bill Nelson's Red Noise released the single "Furniture Music", which would peak at U.K. #59. It preceded the band's only released album Sound-On-Sound. Nelson had dissolved Be Bop Deluxe a year earlier, retaining only keyboard player Andrew Clark,  to explore a new sound, a proggy and angular take on new wave that recalls XTC. Despite a Peel Session and touring, the album didn't sell and is considered a cult favorite. "Furniture Music" and "Atom Age" are my favorite tracks from the album.