Watching Rafferty Turn Into A Serial 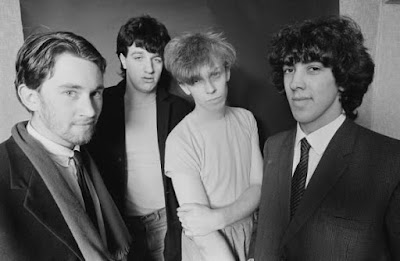 In February of 1979 the Liverpool band Teardrop Explodes released "Sleeping Gas", their debut single on their hometown's Zoo Records label. Some in the rock press would call it the Single of the Week, according to Julian Cope's website.

The band came together years after after bassist/vocalist Julian Cope has been a short-lived trio called The Crucial Three with future Echo and the Bunnymen founder Ian McCulloch and future Wah! leader Pete Wylie. A few more short-lived bands later, Cope has formed a new post-punk group with a penchant for 60's psychedelia. Just before they agree to call themselves A Shallow Madness, organ player Paul Simpson shows them a Daredevil comic he's reading. 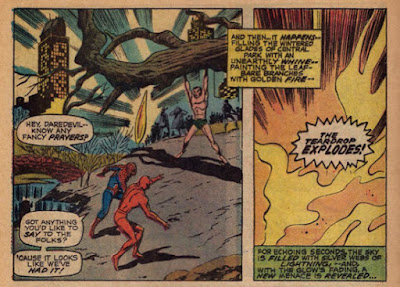 In his memoir Head On, Cope writes

"There was this story, in a Super D.C. comic, about a battle in Central Park, involving Namur, the undersea god, and the superhero, Daredevil. The whole story comes to a climax as the sun blots out and suddenly, for no reason at all, the Teardrop Explodes. It made no sense, the story made no sense at all. We tried to figure it out and we couldn't. But it was a great name for a group. I loved it. It was like The 13th Floor Elevators or The Chocolate Watchband. And no-one had a name like that. September '78 was all short dour names. Ours was far-fucking-out." 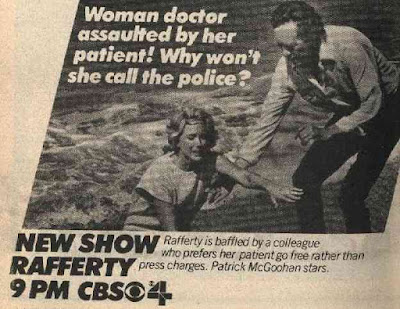 Rafferty was a Patrick "The Prisoner " McGoohan's televison thriller while AAP has the distribution rights to Mr Magoo, Popeye and Merrie Melodies cartoons.

Above : the third Teardrop Explodes performance and the very first television appearance. They're playing one of the B sides to "Sleeping Gas"on Tony Wilson's Granada Television programme 'What's On', transmitted from Manchester. By this time Bill Drummond and David Balfe are managing both Teardrop and Echo, whose first single would come out in May.