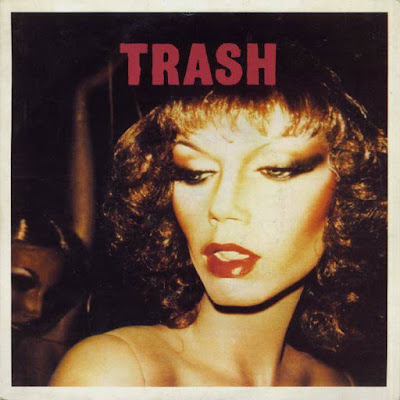 On February 25, 1979 Roxy Music returned to the U.K. charts for the first time in three years with "Trash", the first single from the forthcoming reunion album Manifesto. The new 'zine Smash Hits reviewer wrote the new single "doesn't match the brilliance of the best of their old stuff. The competition has improved dramatically since they've been away".

Entering the charts at U.K. #43, it would only peak at #40. By Roxy standards that would be a flop but The Guardian's Tom de Lisle suggested the song greatly inspired the young men in make up who frequented the London club Blitz and called themselves New Romantics:

The scene produced Ultravox, Visage and Spandau ballet, who all doffed a beret to Roxy.

Michael Lindsay-Hogg, best known for helming The Beatles Let It Be documentary and Rolling Stones videos dating back to "She's A Rainbow" directed the video, which featured a few mannequins, a leather jacketed Bryan Ferry catching a tossed microphone with two hands, and what Lindsay-Hogg seems to do best, catch a band having a good time performing their new song.

On the B side was another, slower version of "Trash", that has kind of an Avalon feel to it.