Cool in the Pool 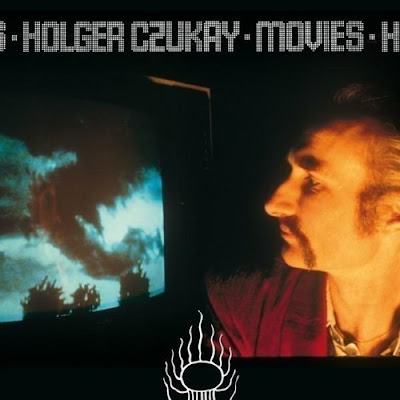 In 1979 Can co-founder Holger Czukay released Movies. At the time it was considered a ground-breaking album because of its sampling of short wave radio broadcasts, beating the Byrne/Eno collaboration My Life in the Bush of Ghosts by nearly two years. The Iranian singer on "Persian Love" was discovered over the radio. Members of Can join Czukay in the studio so, musically, the album has the breezy, lightweight feel of latter day Can.

The album has grown in reputation, even posting at #98 on Sounds All-Time Top 100 Albums list published in the 1980's as well as ranking among 27 albums from 1979 selected for the book 1001 Albums You Must Hear Before You Die.