Back On The Van 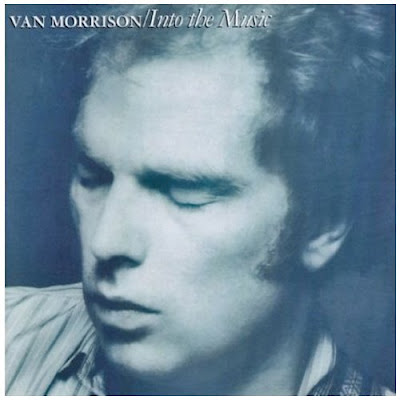 Van Morrison : Bright Side of the Road

In August of 1979, Van Morrison released the critically acclaimed Into The Music, an album that takes listeners "from the dark end of the street/To the bright side of the road". "I suspect it's Van's best album since Moondance", wrote Village Voice critic Robert Christgau. Recorded in the same Sausalito studio where Fleetwood Mac made Rumours, Into The Music sounds like a joyous, sunny somewhat Christian celebration on Side One. Side Two is more ambitious, intimate and romantic and works as a four song cycle. Side One revisits the moods of Moondance. Side Two, those of  Astral Weeks.

The album as a whole reminds me of what Morrison told Cameron Crowe in 1977:

“Success, to me, is not album sales. It’s being happy with what I’m doing. Every artist, of course, wants the album to sell if they’re going to stay up late at night and I work on it and think about it and come up with the songs… of course, he wants it to sell. But what’s important to me is just being able to sit here and dig everything for exactly what it is, and feel good about it. To sit here and look at the Pacific and think, “That’s okay, That feels good,’

From Robert Christgau who graded the album an A, and ranked it as his fourth favorite album of 1979:

The rockers are a little lightweight, the final cut drags halfway through, and that's all that's wrong with this record, including its tributes to "the Lord." You might get religion yourself if all of your old powers returned after years of failed experiments, half-assed compromises, and onstage crack-ups. Like that other godfearing singer-songwriter, Morrison has abandoned metaphorical pretensions, but only because he loves the world. His straightforward celebrations of town and country are colored and deepened by his musicians--especially sprightly violinist Toni Marcus (feh on Scarlet Rivera)--and by his own excursions into a vocalise that has never been more various or apt. The only great song on this record is "It's All in the Game," written by Calvin Coolidge's future vice-president in 1912. But I suspect it's Van's best album since Moondance.

And from Jay Cocks of Rolling Stone:

In that Into the Music is brave and unexpected and reflective, it’s much of a piece with all of Morrison’s previous work. He’s taken us on some pretty treacherous journeys, full of dark routes, deep magic, bleak despair. No reason not to settle with him, for a time, in the region of light. One of the singer’s most abundant gifts has always been his ability to be a sort of Gaelic shaman and guide. No matter how obscure things got — whether listening to the lions or watching the ballerina or figuring how Linden Arden stole the highlights — he could always make them seem familiar. You recognized the neighborhood right away, even if you couldn’t find the exact address of Madame George’s. He makes the new territory on Into the Music no less vital, and no less like home.

Labels: 1979, Bright Side of the Road, Into The Music, Van Morrison