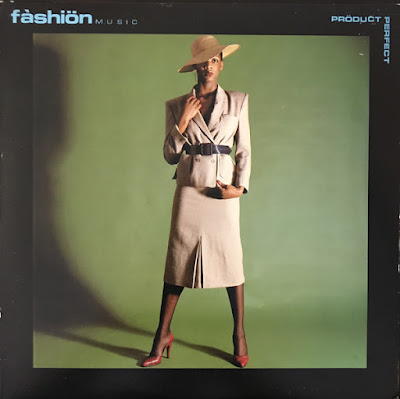 In August of 1979, Birmingham new wave band Fashion released Product Perfect, their debut album ( As Fàshiön Music). The band is made up of three members who only have one name, the nearly 7 foot tall Lûke on guitar and vocals, Mulligán on bass and synth, and Dïk on drums and vocals ( or should that be vöcäls?) You can hear elements of punk, dub, Krautrock and new wave on just about every track. They would tour with IRS label mates The Police, lose Lûke and gain other members, earn a minor hit in 1982 and be completely overshadowed by their Birmingham brethren, Duran Duran.

The album scored an A- grade from Robert Christgau who wrote:

Order of topics on first side: consumerism, imperialism, racism, sociopathy, "rock culture," apathy (right-wing), apathy (left-wing). Sounds predictable but it isn't--all of these songs are based on post-Marcusian cliches sophisticated enough to get the average rock fan thinking hard, and some of them are based on post-Marcusian ideas sophisticated enough to get the average post-Marcusian thinking hard. Sounds unmusical but it isn't that either--the singing is clever and impassioned, the punkish, futuristic reggae-synthesizer fusion often catchy and always apt. If only I were a post-Marcusian myself I'd be in heaven. And a second side as good as the first might convert me. 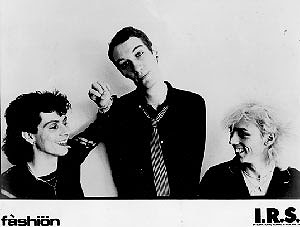