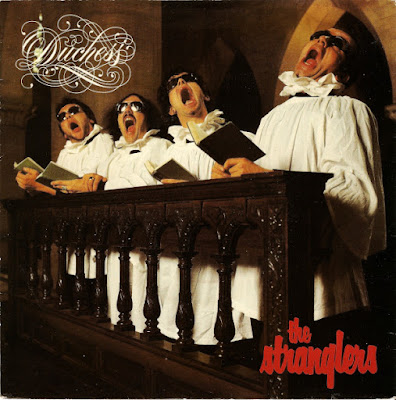 On August 12, 1979 The Stranglers new single "Duchess" entered the U.K. charts at #48.  The song, about a rich girl who's convinced she's a direct descendent of Henry VIII, would peak at U.K.#14 despite the BBC's decision to ban the video for its portrayal of choir boys singing a Stranglers song. A pretty tame Stranglers song compared to some others I can think of. The band's fourth studio album, The Raven, would be released the following month.

Labels: 1979, Duchess, The Raven, The Stranglers