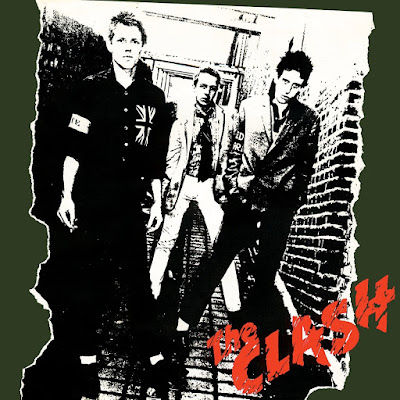 On July 26, 1979 CBS Records finally released The Clash's 1977 debut stateside. As an import, the album had already surpassed sales of over 100,00 copies. This version of the album was modified, replacing four songs from the original version ("Deny", "Protex Blue", "Cheat" and 48 Hours") to add five non album singles, including "Clash City Rockers", "Complete Control", "White Riot" and "(White Man) In Hammersmith Palais"; and B sides "I Fought The Law" and "Jail Guitar Doors". The result is the greatest punk album of its era.

The American credits who had praised 1978's Give 'Em Enough Rope now had something to really cheer about. Robert Christgau says as much in his review of the album which he grades with an A:

Cut for cut, this may be the greatest rock and roll album (plus limited-edition bonus single) ever manufactured in the U.S. It offers ten of the fourteen titles on the band's British debut as well as seven of the thirteen available only on forty-five. And the sequencing is anything but haphazard; the eight songs on side one divide into self-contained pairs that function as extended oxymorons on careerism, corporate power, race, and anomie. Yet the package feels misbegotten.

The U.K. version of The Clash is the greatest rock and roll album ever manufactured anywhere partly because its innocence is of a piece--it never stops snarling, it's always threatening to blow up in your face. I'm still mad the real thing wasn't released two years ago, and I know for certain (I made a tape) that the singles would have made a dandy album by themselves. Nevertheless, a great introduction and a hell of a bargain.

The Clash (US Version) finished #3 on the Village Voice's Pazz and Jop Critics Poll, between Neil Young and Talking Heads. It remains neck and neck with the Sex Pistols album as the #1 punk album of all time.