Silicon Chip Inside Her Head 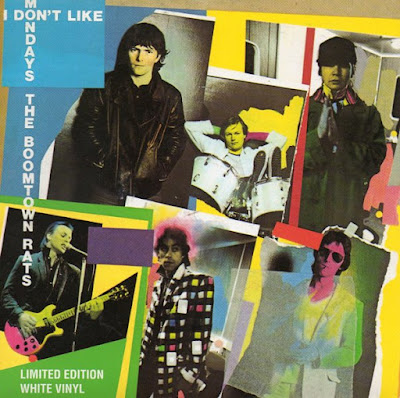 On July 15, 1979 the new Boomtown Rats single, "I Don't Like Mondays", entered the U.K. charts at #15. Within a week it would be number one. The smash hit was inspired by a school shooting in California earlier that year.
On January 29, 1979 16-year-old Brenda Ann Spencer opened fire on children arriving at Cleveland Elementary School in San Diego from her house across the street, killing two men and wounding eight students and a police officer. Principal Burton Wragg was attempting to rescue children in the line of fire when he was shot and killed, and custodian Mike Suchar was slain attempting to aid Wragg. 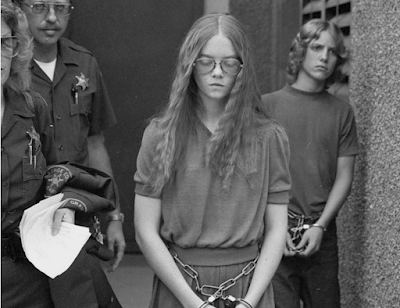 Spencer used a rifle her father had given her as a gift. As to what impelled her into this form of murderous madness, she told a reporter, “I don’t like Mondays. This livens up the day.”

The quote inspired Bob Geldof of The Boomtown Rats to write the #1 smash "I Don't Like Mondays".

“I read it as it came out. Not liking Mondays as a reason for doing somebody in is a bit strange. I was thinking about it on the way back to the hotel and I just said 'Silicon chip inside her head had switched to overload.’ I wrote that down.”

“It wasn't an attempt to exploit tragedy,”

That hasn't prevented comedian Russell Brand from joking about the Live Aid organizer:


"Bob Geldof...no wonder he's such an expert on famine, he has been dining out on 'I Don't Like Mondays' for thirty years"

Brenda Ann Spencer is eligible for parole in 2019.

Labels: 1979, Bob Geldof, I Don't Like Mondays, The Boomtown Rats