I Got Your Number 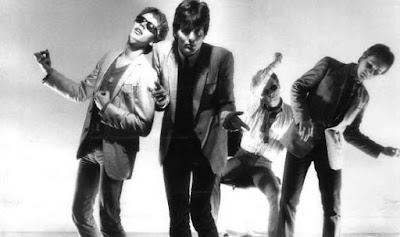 The Jags : Back of My Hand

In July of 1979 The Jags entered the power pop pantheon with their debut EP, featuring the hit "Back of My Hand". In September the single would enter the U.K. charts, peaking at #17 and drawing comparisons to Elvis Costello to which lead vocalist Nick Watkinson responded "I'm no cheapskate Elvis Costello." He went on to tell Sounds

"I've never tried to impersonate him. For a start, we're more humorous, more tongue in cheek than him. He's much more bitchy and venomous. Like a middle aged child! In any case, that Costello style of vocal all came from the Brinsleys ( Brinsley Schwarz). Both Costello and (Graham) Parker have just exaggerated and extended Nick Lowe's Brinsely vocal style. And that's all I've done." 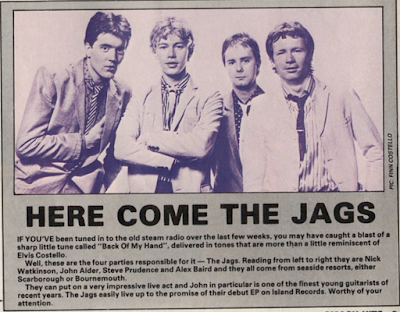 Labels: 1979, Back of My Hand, Evening Standards, Nick Watkinson, The Jags