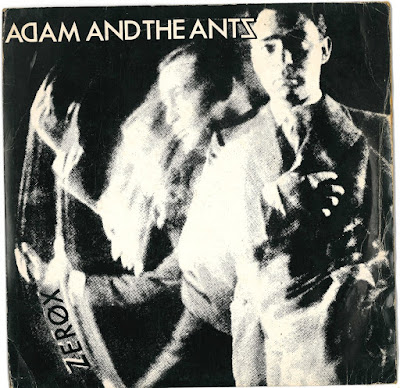 Adam and the Antz : Zerox

On July 6, 1979 Adam and the Ants released their second single, "Zerox", inspired by a David Bowie confession that when it came to finding inspiration for new songs, he was a "human Xerox machine". The song was a number one hit on the UK Indie Chart, but failed to chart on the UK Singles Chart upon its initial release. Following the success of their second album, Kings of the Wild Frontier, it reached number 45 in January 1981 upon re-release.

Here's Adam Ant miming the song all by himself: