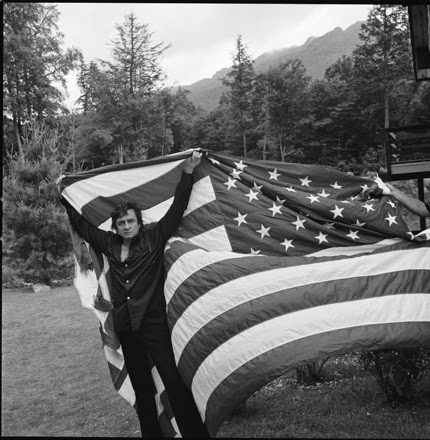 Ragged Old Flag, released in April of 1974, may be Johnny Cash's most political album. He sings about American disillusionment on the title cut and pollution on "Don't Go Near the Water" ( not to be mistaken for the Beach Boys song from Surf's Up). Having spent the last day and half driving hundreds of miles around the Olympic Coast of Washington State, I'm partial to "All I Do is Drive".

But I've always liked Truck Driving songs. They are, like the best Westerns, simple statements about American values and what means to be a man.