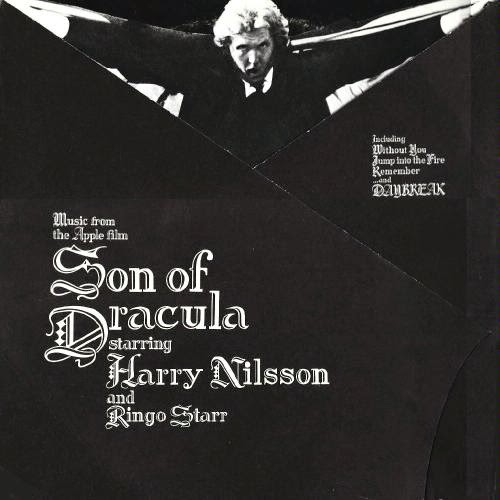 It's not the best film ever made, but I've seen worse.
-Ringo Starr

On April 11th, 1974 the soundtrack for the Apple film Son of Dracula was released, eight days before the movie premiered in Atlanta. The movie stars Harry Nilsson who took payment in the form of cosmetic dentistry. It is, by all accounts, abysmal. Ringo Starr financed the whole thing as a tribute to the classic monster movies of Hammer and Universal. He even managed to round up an all star cast of Peter Frampton, Keith Moon and John Bonham to play in the Count Downes, the son of Dracula's band. The movie tanked. Even when it was re-released as Young Dracula to try to cash in on Young Frankenstein's success. ( At least that movie inspired one rock n roll hit: Aerosmith's "Walk This Way"). 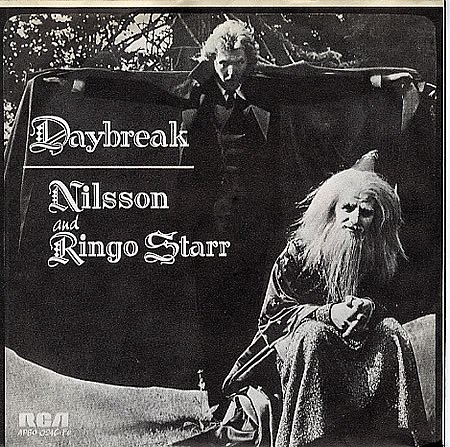 The soundtrack is a dud as well. With the exception of the Top 40 single "Daybreak" ( featuring George Harrison on cowbell), all of the songs on the album had been previously released on Nilsson Scmilsson or Son of Schmilsson.