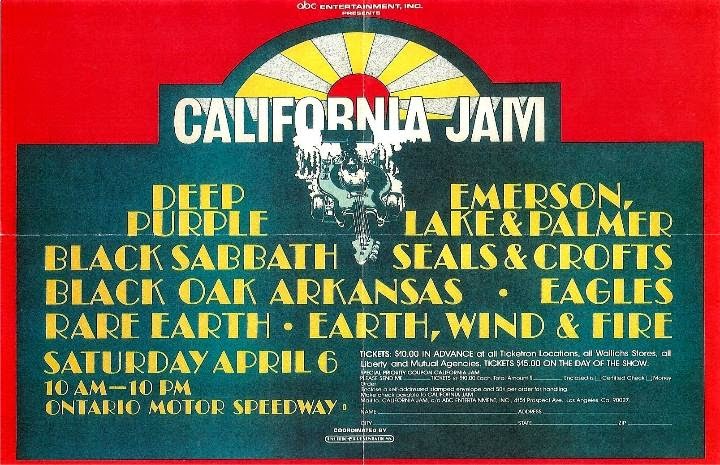 Cal Jam grossed $2 million and, despite massive traffic tie-ups ( 700 cars were towed away after all 42,000 parking spaces had been filled), it was heralded as a huge success. 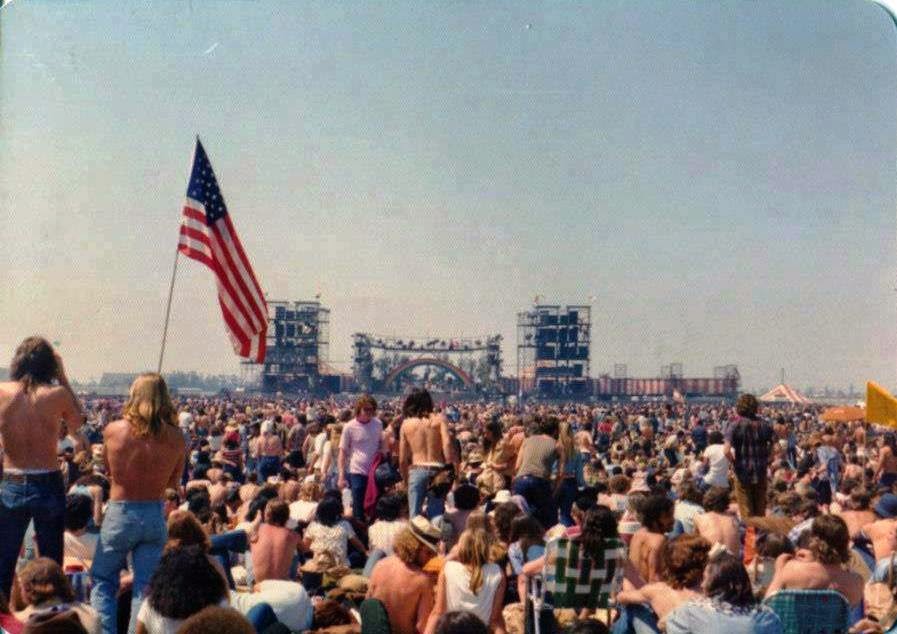 There were only 25 arrests.The smell of marijuana hung in the air, but that seemed to add to the peaceful vibe. Said one concertgoer who hiked 4 miles to find his spot: "It's like a big, groovy holiday picnic."

50 foot speakers helped provide the most powerful concert sound system ever assembled. Good news especially for Deep Purple, then the loudest band in the world. 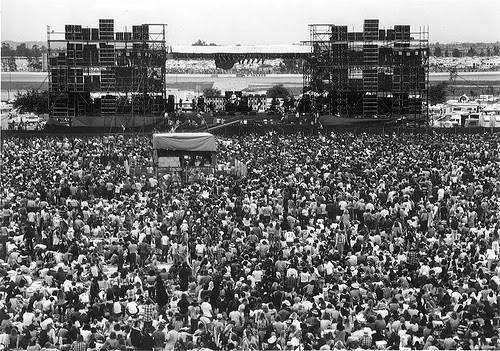 This is the show that introduced Deep Purple's new members to the world: the still chubby vocalist David Coverdale and bassist and screaming vocalist Glenn Hughes. Richie Blackmore, apparently not used to having a camera in his face when he solo'd, attacked a cameraman and then set his amp on fire.

Emerson Lake and Palmer finished the night with Keith Emerson spinning end over end 50 feet above the ground in his piano contraption.