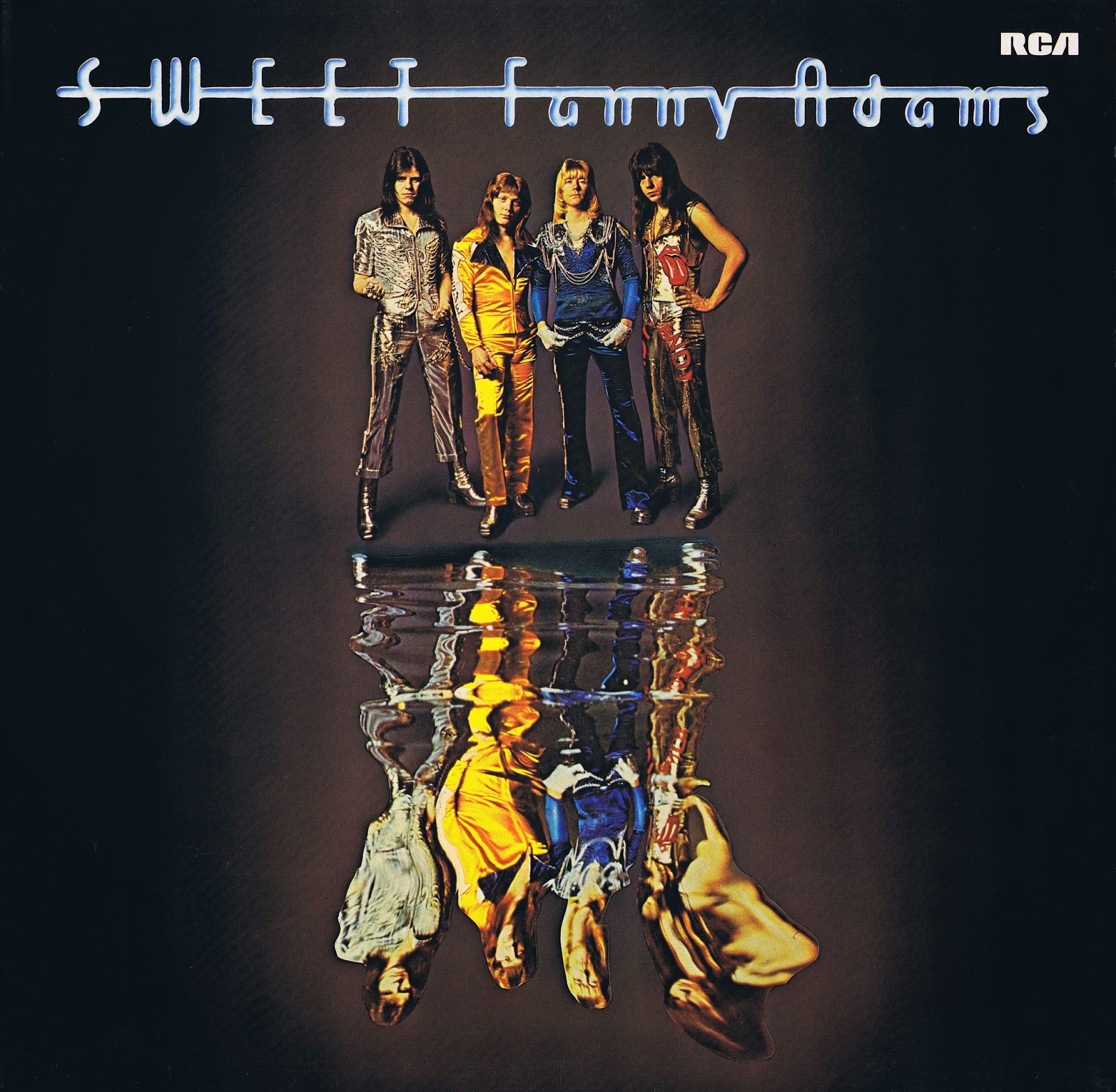 With the exception of the catchy "ACDC", about a lovely lass who's just as happy with a girlfriend as she is with a boy,  Sweet dispenses with the cute but loud glam pop sounds that gave them so many UK hits  ("Blockbuster", "Little Willy", "Ballroom Blitz") and re-invents itself as a hard rocking, ready with the righteous riff, don't-give-a-fuck metal machine. This definitive Sweet album offered up a formula adopted by heavy metal bands of the 80's like Motley Crue.

The US would hear 5 of the cuts on Desolation Boulevard ( as well as the classic "Fox On The Run") later in the year. But by then Connolly would be in trouble. Beaten by a bunch of "yobs" outside a pub in Staines, Connolly lost both his confidence and eventually his voice.