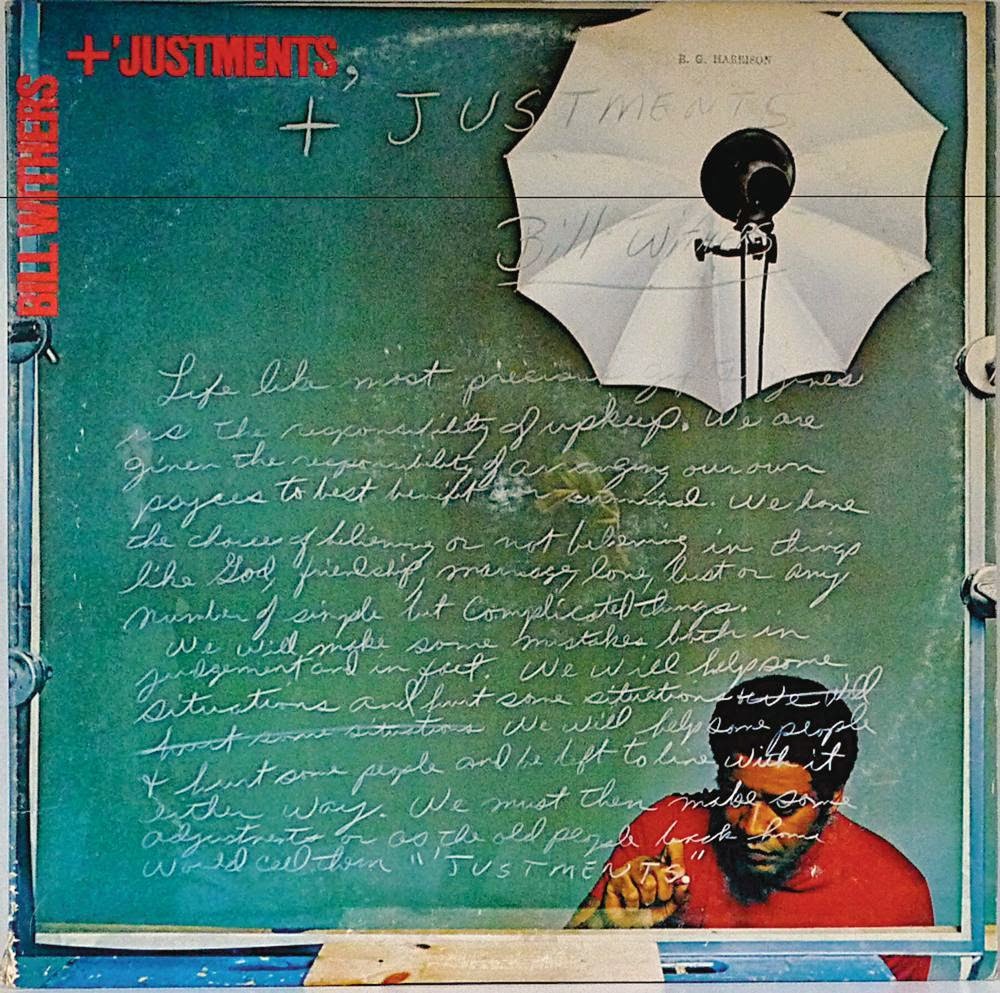 +'Justments doesn't have the hits like Just As I Am and Still Bill, but Withers's third studio album does contain the same kind of funky rhythms and small town church elder philosophizing. Dorothy Ashby's harp and Jose Feliciano's guitar ( especially on "Can We Pretend") add some textures to this heartwarming, criminally forgotten album. Questlove says this is his favorite album of 1974:

Later I learned that the record was kind of Bill Withers's version of Here, My Dear, Marvin Gaye's 1978 divorce record for Anna Gordy for his own wife, actress Denise Nicholas. "Railroad Man" is the happies song on +'Justments, and it's about a train that decapitates a swindler.