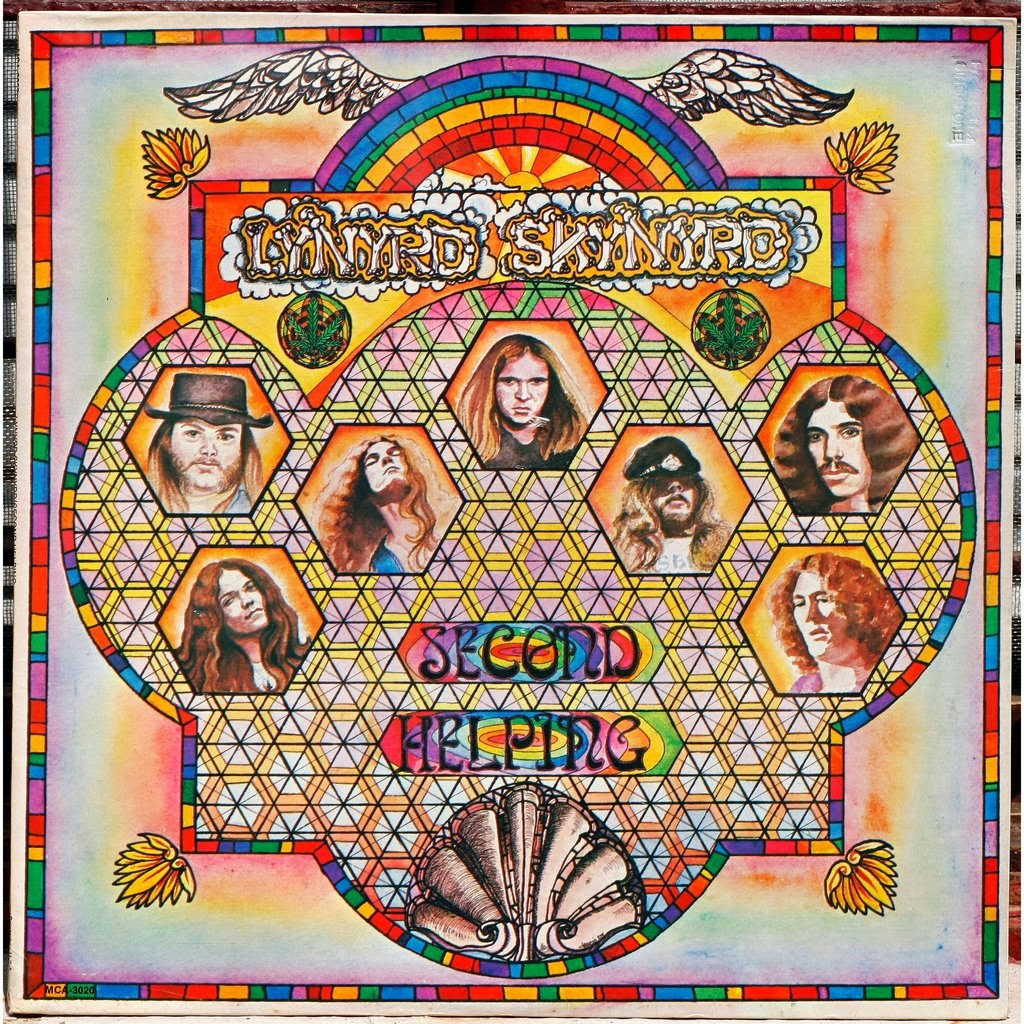 We listened to Neil Young a lot back then, and "Southern Man" really cut the South--and he's from Canada!. It kind of peeved us, so we wrote that kind of as a joke. We never thought it would be a single, much less a hit...nothing we did was that premeditated.

In fact the lead off single from Second Helping wasn't "Sweet Home Alabama" but  "Don't Ask Me No Questions"... which failed to chart.

While Rolling Stone reviewer Gordon Fletcher complained that the band lacked the "sophistication and professionalism" of the Allman Brothers, both Robert Christgau and the critic at Billboard Magazine cited the band's good taste. Christgau goes on to say "any suspicions that this substantial, tasteful band blew their best stuff on the first platter should fall in the wake of the first state song ever to make top ten, which will expose you to their infectious put-downs of rock businessmen, rock journalists, and heroin." 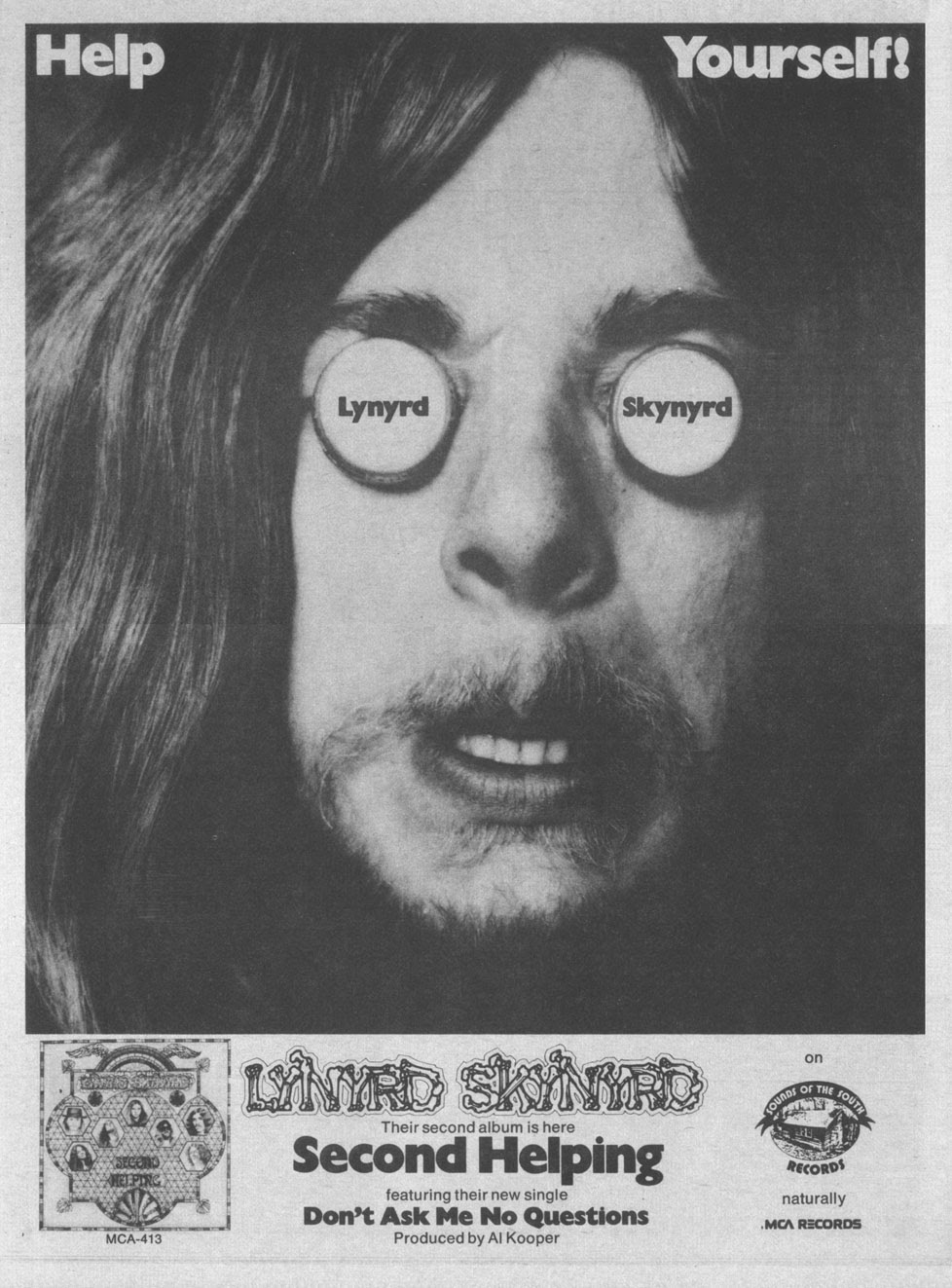 Aside from "Sweet Home Alabama", Lynyrd Skynrd delivers "Workin for MCA", an inside-baseball tune about their record deal that may be more "punk rock" than the Sex Pistols's "EMI". There's also "The Needle and the Spoon" which warns listeners off heroin :


Lord, their gonna bury you boy /
Don't mess with the needle