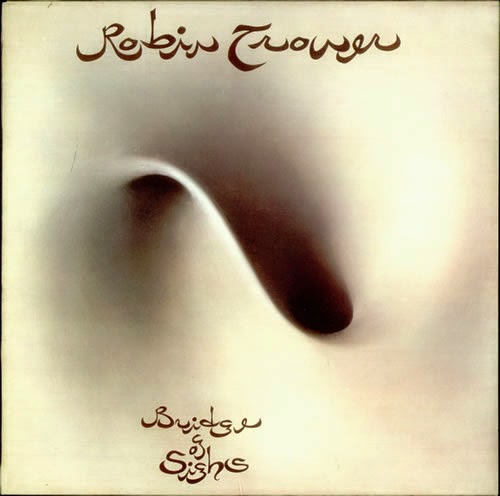 'I turned on the radio in the car the other day and I thought, 'that's weird, that's Jimi, and I've never heard that track before. And it turned out to be a guy called Robin Trower,'
- Eric 'Slowhand' Clapton.

Oh yeah, Hendrix was a big influence. There is guitar playing before Hendrix and there’s guitar playing after Hendrix, you know? [Laughs] He’s a giant, a genius. I think we all live in his shadow, even today. I still think he was the greatest rock ‘n’ roll guitar player ever
-Robin Trower 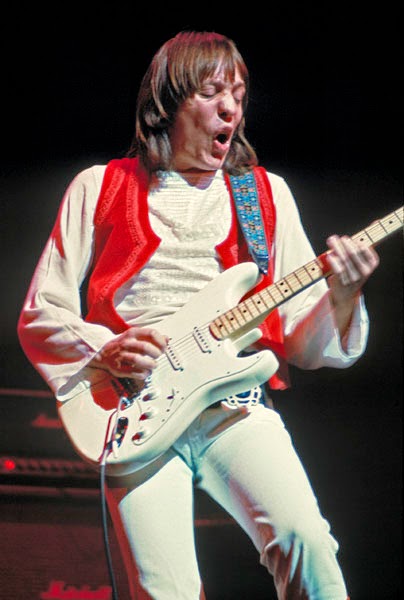 I get the impression Robin Trower is more humble than any guitar god ever needs to be. Just watch the video aboce. If you could make a Stratocaster sing like that, wouldn't you make it look like the hardest thing in the world? Trower just sort of stands there , moving little more than his fingers.

And every time his interviewers praise his guitar playing , Trower takes pains to say the real star of his early solo albums, including the 1974 breakout Bridge of Sighs,  is the soulful bassist and singer Jimmy Dewar, formerly of Stone the Crows. 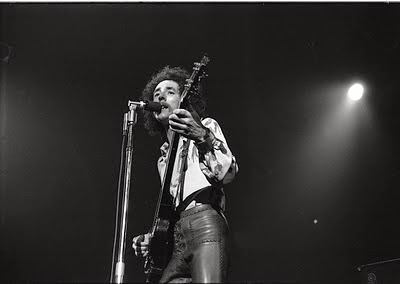 I was very, very fortunate that I ran into the singer James Dewar, You know a major reason why that music was so successful was his vocal, which enabled the music to cross over 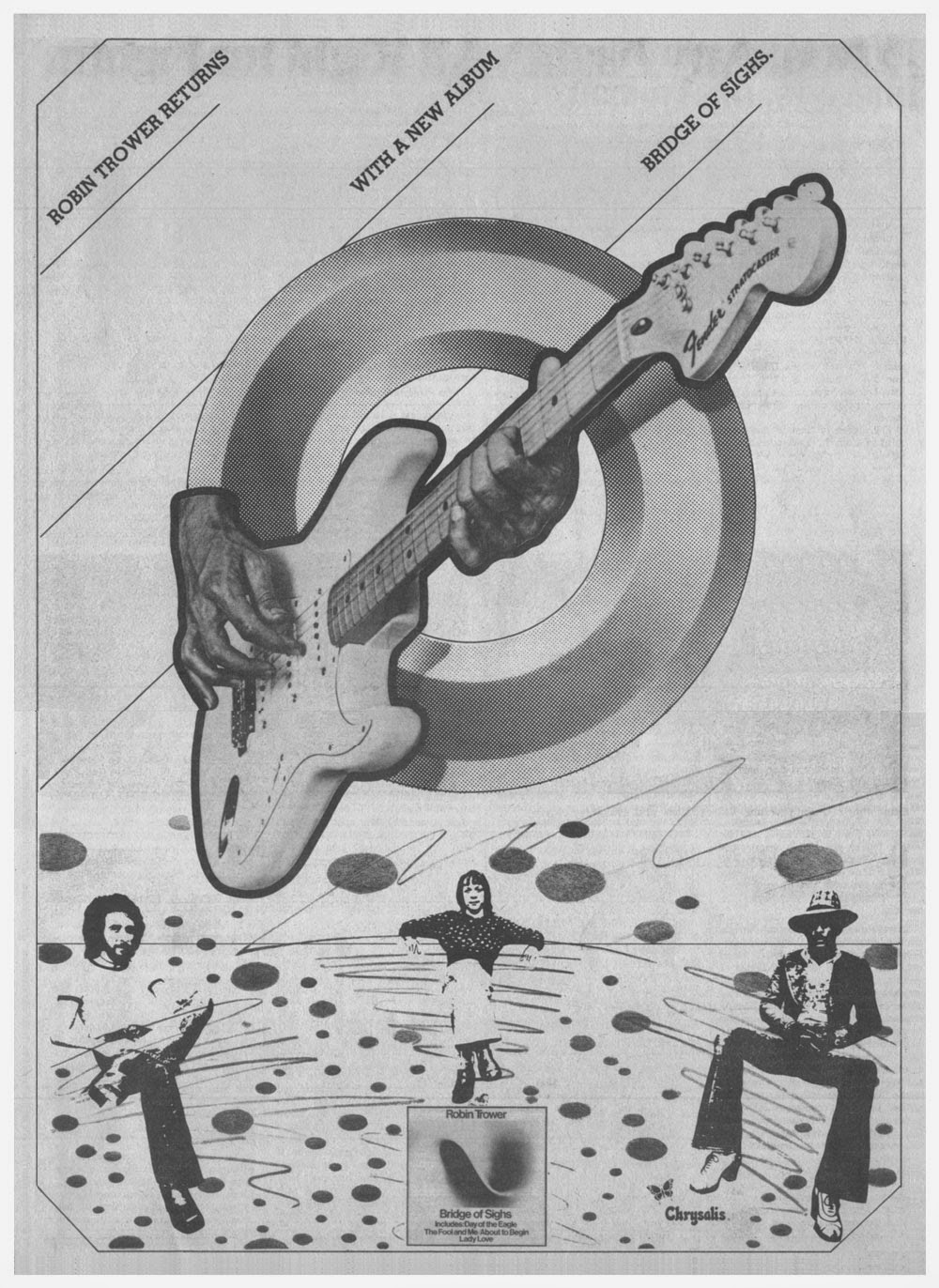 Those who heard 1973's Twice Removed From Yesterday could hardly have been surprised at the quality of Bridge of Sighs which hit the peaked at #7 in the US album charts and provided many fans with the soundtrack to the Summer of '74.


While fans and contemporaries praised Trower, the press was not so kind. He had been cast as a Hendrix imitator and that wasn't a role critics were going to let him shrug off.

Bridge Of Sighs, like its predecessor, Twice Removed from Yesterday, lacks that creative spark which separates derivative finesse from more personal stylistic elaboration. The very polished assurance of Trower's lines misses the pathos animating Hendrix's last recordings. Evidently Trower will have to cast off Hendrix's ghost before he finds his own voice. In the meantime, his current band plays with a concise potency that fills a contemporary void.