40 Year Itch : Out of the Oxygen Tent 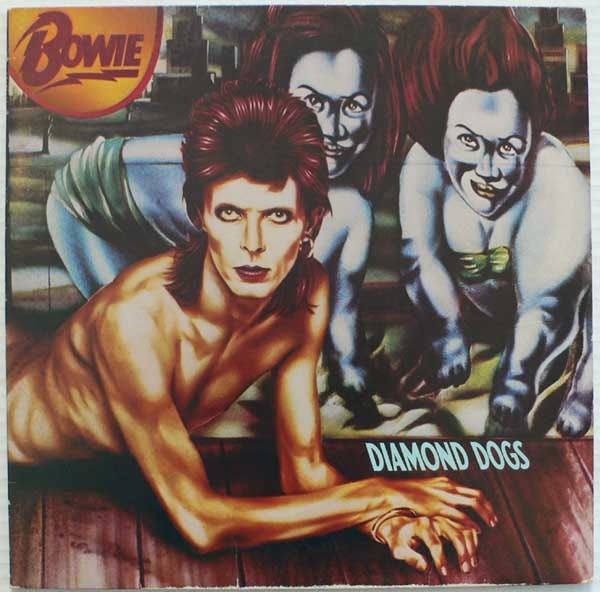 On April 24, 1974 David Bowie released his eight album, Diamond Dogs. To these ears, it's a bit of a muddled mess. Recorded in a paranoid blizzard of cocaine, the album attempts to pair up songs Bowie had written for a failed musical adaptation of George Orwell's 1984 with songs written in the recording studio.

Yes it's got two great Rolling Stones inspired tunes, "Rebel Rebel" and the title cut, but Diamond Dogs is weighed down by the overly theatrical wailing of its creator. It's not helped by Bowie's guitar playing. He's hardly the man to replace Mick Ronson.

Rolling Stone critic Ken Emerson saw the album as a sign of Bowie's deterioration into style over substance:

From Aladdin Sane on, Bowie has tended to pander to what he thinks the public wants and to imitate those who have been more successful than he -- Alice Cooper and Mick Jagger, for instance. He has deliberately cheapened himself and his music.

Critic James Wolcott was even more cutting, describing Diamond Dogs as "so dessicated and sluggish, so bereft of wit and energy, that not even the most feebleminded of Camp-followers will be able to coast with it".

The album cover is designed by Belgian artist Guy Peellaert who also painted the Rolling Stones's It's Only Rock and Roll cover. Anyone with a copy of Diamond Dogs  before the genitalia was airbrushed out has an album worth thousands of dollars. 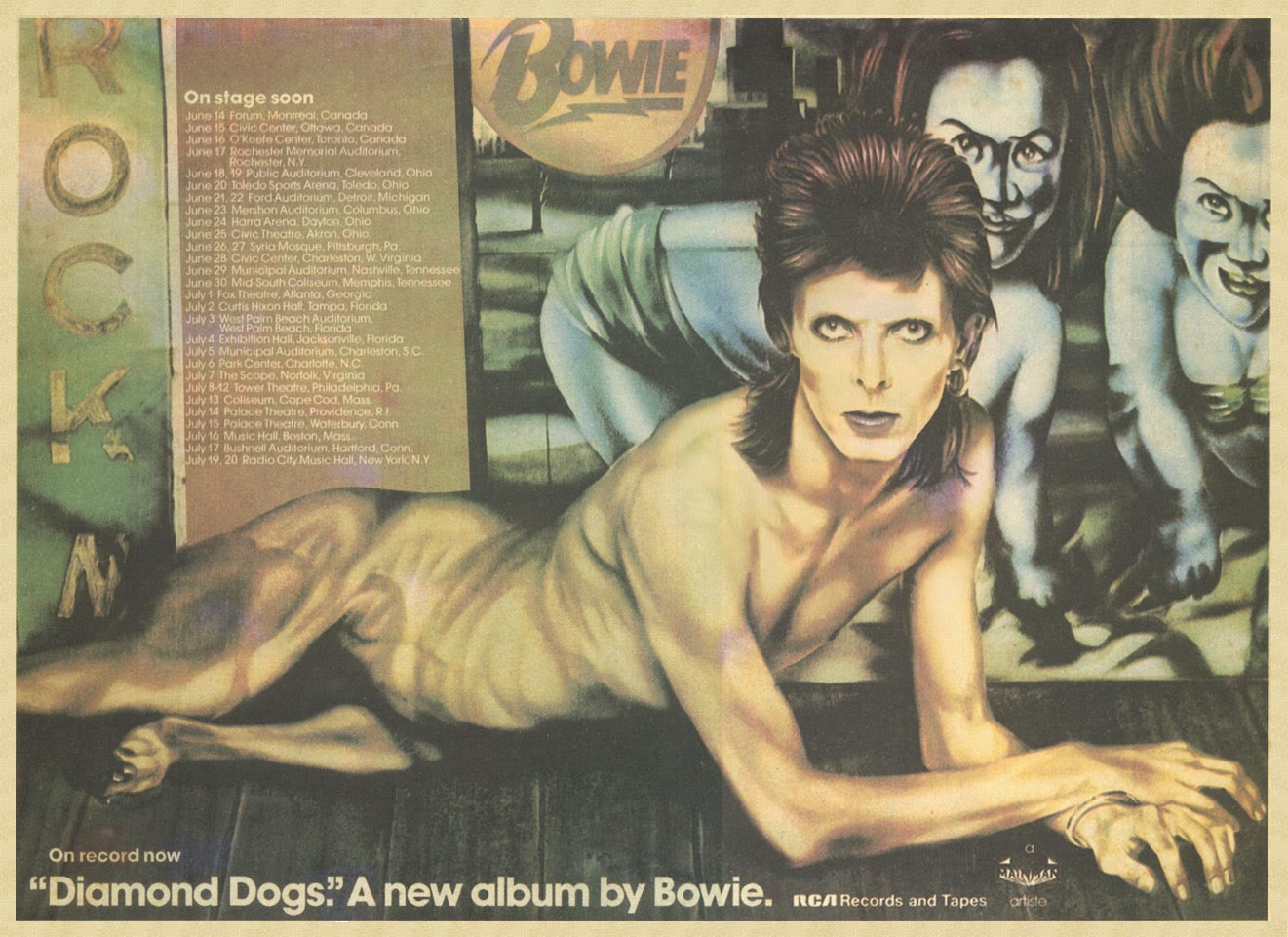 This would be the last of Bowie's glam rock albums. While on tour in the US, the Thin White Duke fell in love with the Philly Soul sound, ditched his pirate outfit for slick threads and reinvented himself as a blonde "plastic soul" singer. His next studio album, Young Americans,  would be recorded in Philadelphia