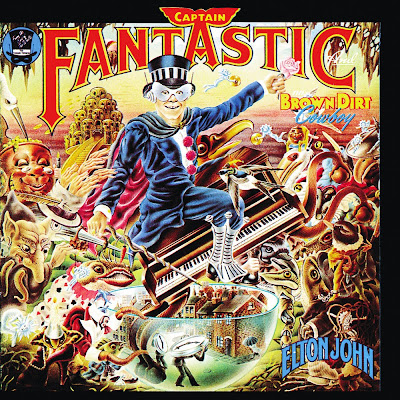 2. Bernie Taupin says it's a concept album about the early days of his songwriting career with Elton John, from their meeting in 1967 to the release of Empty Sky. John is "Captain Fantastic" and he is the "Brown Dirt Cowboy".


3. Elton John told Cameron Crowe in a 2006 interview "I've always thought that Captain Fantastic was probably my finest album because it wasn't commercial in any way.  Captain Fantastic was written from start to finish in running order, as a kind of story about coming to terms with failure—or trying desperately not to be one. We lived that story." 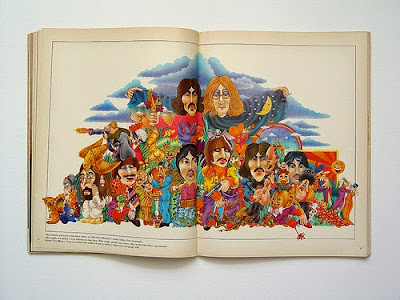 4. The cover was designed by Alan Aldridge who also did The Who's A Quick One and edited and did many illustrations for The Beatles Illustrated Lyrics. 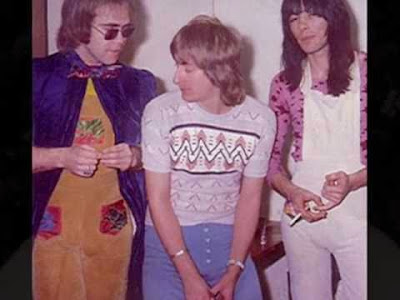 5. Just prior to the album's release, Elton John surprised  guitarist Dee Murray (center) and drummer Nigel Olsson (right) by sacking them. They had been with John for the five most glorious years of his career. John later admitted it was a mistake, telling a BBC DJ " I can't really understand why I did it. In retrospect, it was part of me trying to change things musically. Maybe we had gone as far as we could."