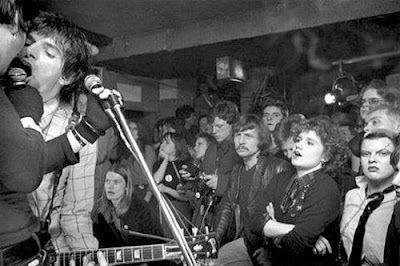 July of 1976 witnessed the rise of the punk wave with many legendary bands making their onstage debuts.

JULY 4 : The Clash -then with Keith Levene as second guitarist--make their first appearance supporting The Sex Pistols at the Black Swan in Sheffield. Terry Chimes played drums. This was the same night The Ramones played with Flamin' Groovies and the Stranglers at the London Roundhouse. 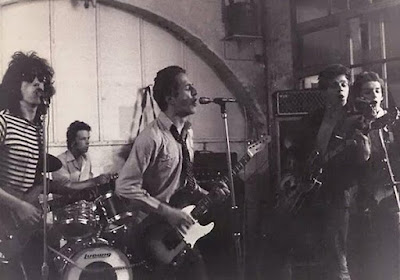 JULY 6 : The Damned make their debut at the 100 Club in support of the Sex Pistols. Formerly The Masters of Backside, when they included future Pretenders leader Chrissie Hynde,  Dave Vanian, Captain Sensible and Rat Scabies were joined by guitarist Brian James to form the Damned. 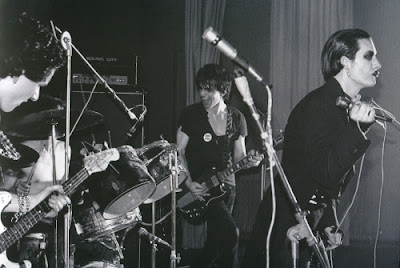 JULY 13 The Stranglers have a five night stand at The Hope and Anchor in Islington.

JULY 20 : The Buzzcocks debut on stage in Manchester where they open before a sold out crowd for The Sex Pistols. Band members Pete Shelley and Howard Devoto had booked the Sex Pistols. Inspired by the show, the Buzzcocks record the Spiral Scratch EP for 500 pounds.

JULY 21 : The Vibrators play at the Windsor Castle in London. They made their debut earlier at the 100 Club, opening for Chris Spedding. 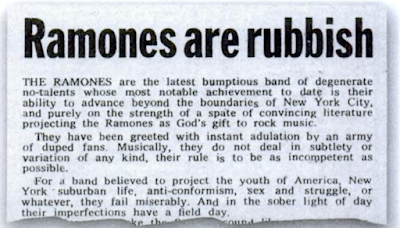 He would quickly change his mind:

When I bought the Ramones first album on import, I was enraged with jealousy because I felt they had booted the New York Dolls off the map. I was 100% wrong. Three days after writing that Ramones piece, I realized that my love for the Ramones would out-live time itself. And it shall. Well, it virtually has already. If the Ramones were alive today, they'd be the biggest band in the world. It takes the world 30 years to catch on, doesn't it? I mean, look at poor Nico. Every modern teenager now seems to love Nico, yet while she was alive she couldn't afford a decent mattress. 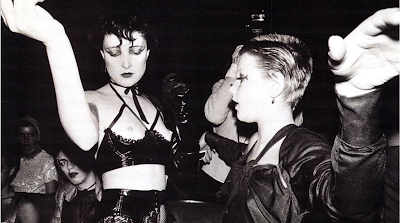 Labels: Chris Spedding, Flamin Groovies, Morrissey. Siouxsie Sioux, The Buzzcocks, The Clash, The Damned. The Stranglers, The Ramones, The Sex Pistols, The Vibrators