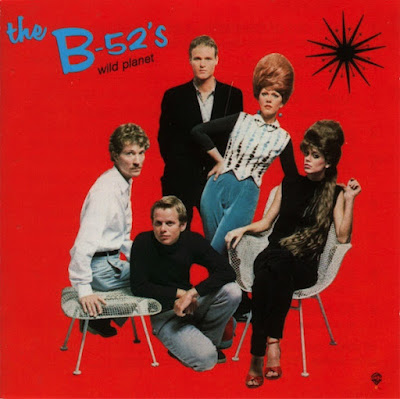 On August 27, 1980 The B-52's released their second album Wild Planet.  It sounds better than the debut but it's not a huge leap creatively. In fact, five of the nine songs on the album — including two of the best, “Devil in My Car” and “Strobe Light” — were written before the first album was recorded.

Some critics were wondering if the B-52's were just a novelty act. Los Angeles Times critic Richard Cromelin suggested the band's lyrics weren't as entertaining this time, pointing out, there are no lines as “devastating as last year’s ‘Why don’t you dance with me/I’m not no Limburger.'”

"Party out of Bounds" notwithstanding. Wild Planet plainly lacks the relentless exuberance of the group's debut disc. This is partly a result of the production: flatter and duller sounding than its predecessor, the new LP doesn't attempt to dazzle Mostly, though. It's a case of sound following substance, because the doings on Wild Planet turn out to be a little bit creepy It's almost as if we're being treated to the "dark side" of the B-52's – their Twilight Zone as it were last year, we got "Planet Claire" and the Aqua Velvat this year, we get "Devil in My Cat" and "Quiche Lorraine" (Don't laugh. Qutche Lorraine is the name of a lost poodle) Now, in fact, we're served something of a B-52's noir Maybe "Party out of Bounds" was meant as a warning. 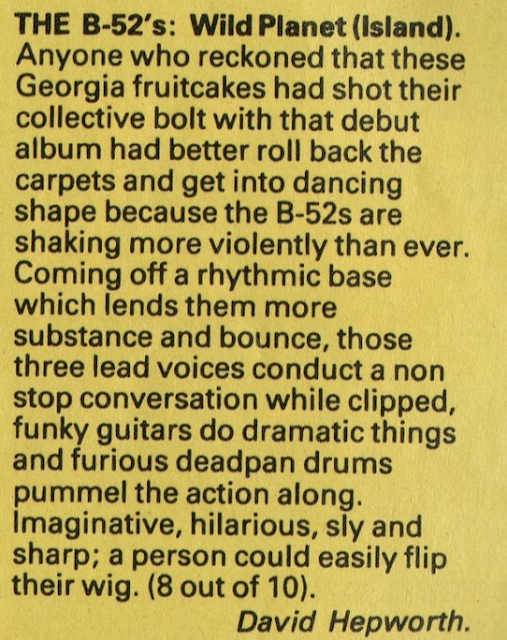 After giving the debut an A, Robert Christgau gave Wild Planet  a B+, writing:

I keep waiting for number two to come through on the dance floor the way the debut did, but "Party out of Bounds" and "Quiche Lorraine" are expert entertainments at best and the wacko parochialism of "Private Idaho" is a positive annoyance. Only on "Devil in My Car" and "Give Me Back My Man" do they exploit the potential for meaning--cosmic and emotional, respectively--that accrues to the world's greatest new-wave kiddie-novelty disco-punk band.

Around the time of the album's release The B-52's appeared in both the Heatwave Festival and in Paul Simon's One Trick Pony film. Wild Planet peaked at US#18, more than 40 spots higher than the debut. 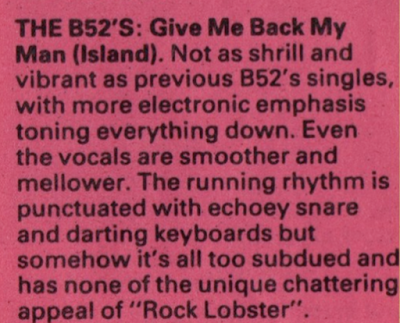 Fred Schneider says the band has one goal. "Just to be entertaining. That's all we want." 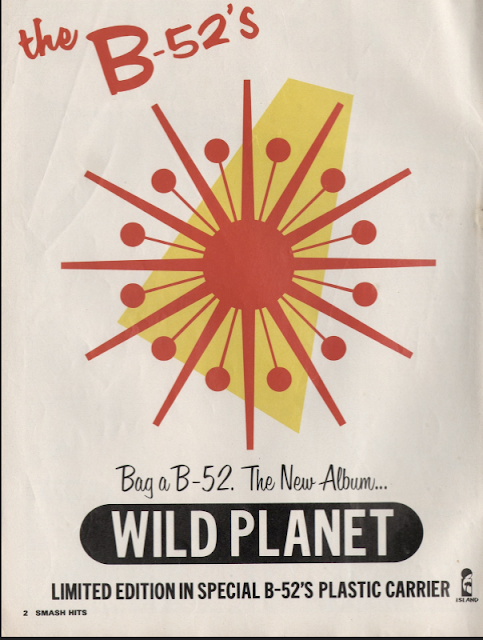