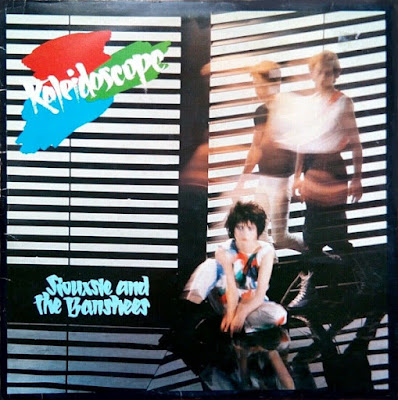 Siouxsie and The Banshees : Lunar Camel

On August 1, 1980 Siouxsie and the Banshees released Kaleidoscope, the band's third album and first with a new line-up that included former Slit Budgie on drums and ex-Magazine John McGeoch on guitars. Siouxsie Sioux herself learned to play the guitar after she was prescribed a month of rest following a major tour.

Fans had already heard two singles from the album, "Happy House" and "Christine" so this was an opportunity to dig a bit deeper and find out why the album was called Kaleidoscope. The answer is because the band was adding new colors to their sound as well as new instrumentation including synthesizers, sitars and drum machines

The album sold well, peaking at UK#5 , and leading to the band's first tour of America. This review is from Smash Hits: 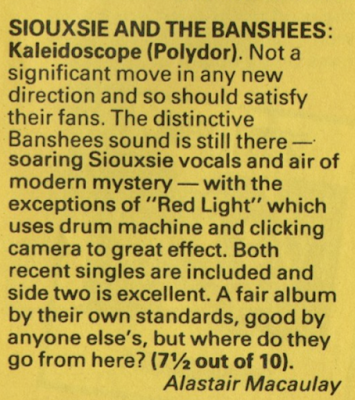 Melody Maker's Paulo Hewitt gave the album qualified praise, summarizing it as "a kaleidoscope of sound and imagery, new forms, and content, flashing before our eyes".

The album ranked #47 in NME's year end list but it has grown in stature over the decades.