Ranking Roger : My All Time Top 10 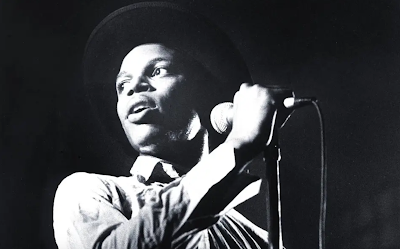 At the end of August, 1980, as The Beat's debut album was selling its way to Gold Record status,  teenage toaster Ranking Roger  provided Smash Hits with his all time top 10 favorite songs. The list includes The Sex Pistols, two songs by The Clash, Kraftwerk , The Specials and features four reggae artists. Militant Barry's "Pistol Boy" is about Sid Vicious and the murder of Nancy Spungen. 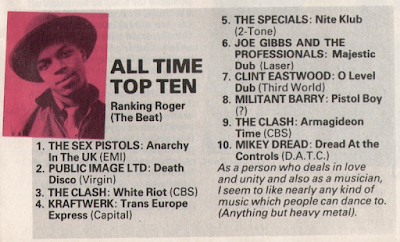