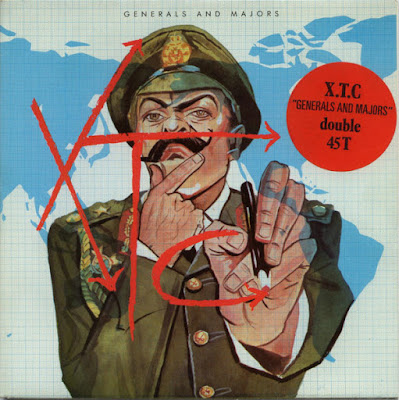 In August of 1980 XTC released their UK#32 hit "Generals And Majors", the first single from their forthcoming classic album Black Sea. The catchy tune is written by bassist Colin Moulding. The video features a cameo by Virgin Records label owner Richard Branson

What the hell was he doing there?” Moulding laughs in an interview with We Are Cult . “But seriously, we were about to go to Australia and Generals and Majors was chosen as the single. We realized we didn’t have a video and time was running out. We were at Branson’s manor, where there were BBC cameras filming, and we told him we needed a video, and he said he’d ask the BBC crew to film one just here! So, the bouncy castles in the video, those had been there before XTC came to the manor. Branson looks very cheery in the video, I must say.”

According to Andy Partridge, Branson appeared "because he's a complete publicity hog. He decided he was gonna turn up and keep suggesting that he be in the video. That is the worst video ever made by man." 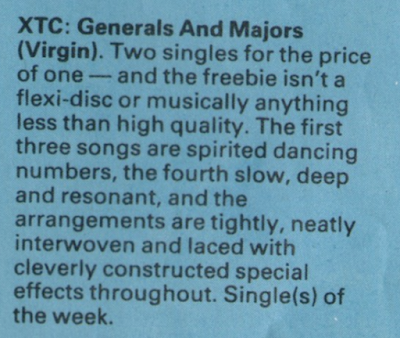