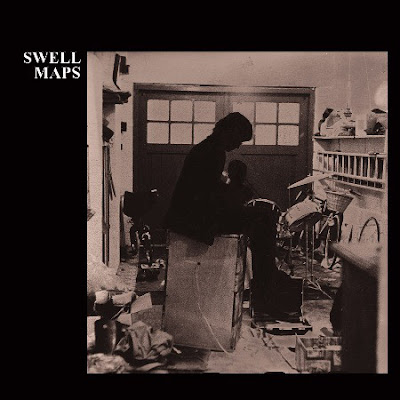 On August 16, 1980 Swell Maps, the lo-fi experimental rock band made up of brothers Epic Soundtracks and Nikki Sudden out of Birmingham, released their second album Jane from Occupied Europe to an ecstatic 5 star review from Dave McCullough of Sounds.

Hugely influential, you can hear future bands Sonic Youth, Nirvana and Pavement in Maps tunes like "The Helicopter Spies". In fact Scott Kannberg of Pavement  says"Swell Maps was a big influence on our early records ... they had these songs they fucked up somehow to make sound really dirty and low frequency, but they had these great songs underneath all this mess". 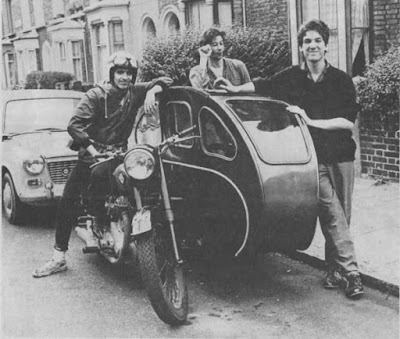 The Maps would also toss in industrial sound collages like "Mining Villages". Not recorded with radio airplay in mind I assume.

"Collision With a Frogman" flows right out of "Mining Villages". It sounds like a spy theme for a movie about a secret agent who doesn't get any of the girls and, in fact, can't find his hair brush or keys.

"Secret Island" has a great riff.

They may have borrowed some elements from Wire and Can but Sonic Youth certainly borrowed something from the Maps."As soon as that Nikki Sudden guitar comes slicing slabbing and all out fuzzifying off that crackling vinyl groove you know you’re gonna rock," Thurston Moore writes. " It’s the best of both whirls: fist-in-the-heart guitar burnin’ rock and ahead-of-its-time songsmith awareness ... The Swell Maps had a lot to do with my upbringing".

Swell Maps broke up in 1980. Its members headed off to other projects.