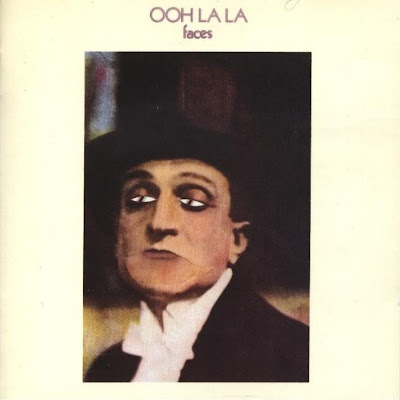 Rod: The Autobiography is far more charming and enjoyable than you might think. Credit "editor" Giles Smith and Rod himself for capturing Stewart's self deprecating humor. Unfortunately, it was that kind of humor that may have doomed the last Faces studio album before it ever came out. By 1973, smart concert promoters were already putting up "Rod Stewart And The Faces" on the marquees, infuriating Stewart's band mates.

Bickering increasingly prevailed. I didn't particularly help the deteriorating atmosphere within the band when, in an interview, I described the Faces' third album Ooh La La as "a bloody mess". I guess that was me and my previously noted tendency to turn against things I had recently done, but it was not the most helpful thing you could hope to hear from a lead singer on the eve of an album's release -- although a true enough reflection of my feelings. I did apologize to the guys, but Mac (Ian McLagan) was clearly thinking, "Typical bloody singer".

Rod did have a point. Ooh La La would have a made a great 5 song EP had it just come with "Silicone Grown", the single "Cindy Incidentally", "Borstal Boys", "Glad and Sorry" and "Ooh La La" ( sung by Ronnie Wood). Part of the problem was a distracted Rod Stewart missing a number of recording sessions.

Despite all the filler, the album topped the UK charts while "Cindy" went to #2. 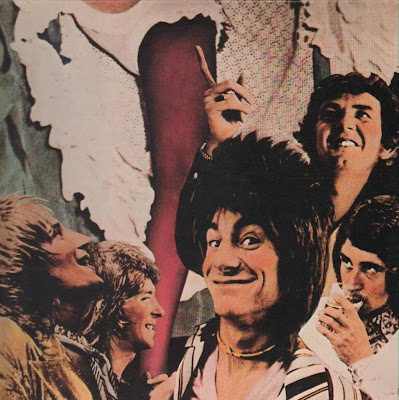 Faces would tour through November 1975, but with Ronnie Wood becoming a Rolling Stone and Rod Stewart's superstar solo status, the band's days were numbered. On December  19, 1975, Faces broke up.
If "Glad And Sorry" sounds familiar to 90's rock fans, it was covered by Golden Smog with Wilco's Jeff Tweedy and The Jayhawks's Gary Louris singing lead.