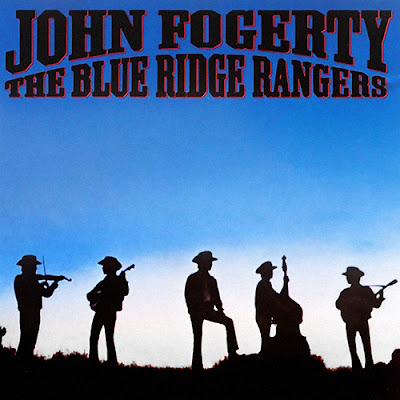 Robert Christgau noticed it right away. All seven of the men on the cover of The Blue Ridge Rangers album look like John Fogerty. That's because they are John Fogerty. For his first post CCR album, a collection of 1950's country and western and gospel tunes, John Fogerty played every instrument. But before you conclude it's all an exercise in egotism, you should know the original album cover made no mention of Fogerty. 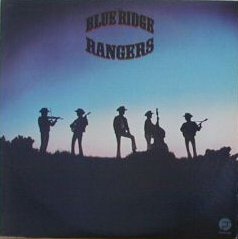 In a variety of interviews he explained:

I didn't want people to be playing the record just because it was John Fogerty. I didn't want to be living forever in the shadow of something I did last year, never allowed to go beyond the boundaries that had been set with Creedence. For a lot of reasons, I didn't want to get in my own way.


Fogerty had already learned to play the Dobro in CCR ( heard in "Lookin' Out My Back Door"). In 1971 he taught himself to play pedal steel. On the Japan tour, he learned to play the banjo. He'd only been playing the fiddle a little over a month before he started recording the album

Part of the inspiration was the fun he and the band ( and opening act Tony Joe White) had after the concerts, jamming in hotel rooms. During these so called "Shit Kicker sessions", the boys even played Hank Williams's "Jambalaya" which became a Top 20 hit for the Blue Ridge Rangers. The B Side, a cover of "Workin' On a Building" is even better...with Fogerty multi-tracking his own voice for the gospel choir.

The album peaked at #47 and received mostly positive reviews. For Rolling Stone, Jon Landau wrote "the record is a crystal-clear distillation of one man's view of the rock and roll past, the source of his strength and his faith."

What's missing to these ears is the spontaneity that comes when talented musicians play off of each other. Sill a worthy listen.

A lot of the information for this post came from Hank Bordowitz's book Bad Moon Rising: The Unauthorized History of Creedence Clearwater Revival
at 2:00 AM