40 Year Itch: No Sun Will Shine In My Day 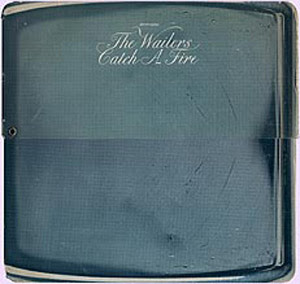 In retrospect, Chris Blackwell's bet on Bob Marley and the Wailers looks like the best $6000 ever placed. Catch A Fire, released April 13, 1973 in its now iconic zippo-shaped record cover, drew rave reviews and set off reggae's greatest band on the track to super-stardom.


Not that Blackwell didn't hedge his bets.

After paying for the stranded Wailers ( which then also included future stars Peter Tosh and Bunny Livingstone) to fly home and record Catch A Fire  in Jamaica, Blackwell sweetened the master tapes with input from uncredited American session players like guitarist Wayne Perkins (who would play on the Rolling Stones Black and Blue album and contributes solos and guitar lines on "Concrete Jungle", "Stir It Up" and "Baby, We've Got a Date") and Texan Rabbit Bundrick ( who also played keyboards on The Rocky Horror Picture Show soundtrack). The first ten seconds of "Concrete Jungle" ( and therefore of the album) sound like any number of prog rock acts.


Like most Wailers albums, there's a good mixture of love songs ("Stir It Up", Baby We've Got A Date") and political songs ("Concrete Jungle", "Slave Driver", Peter Tosh's "400 Years") that will dispel any notions of Jamaica being a vacation paradise.

Catch A Fire is now considered one of the greatest reggae albums ever made. But the live shows are what made the Wailers stars. The Wailers would make one more record (Burnin')  before Peter Tosh and Bunny Livingstone left. All would be great forces in making reggae one of the world's most popular forms of music.

Labels: 1973, Bob Marley and the Wailers, Catch A Fire, The Wailers