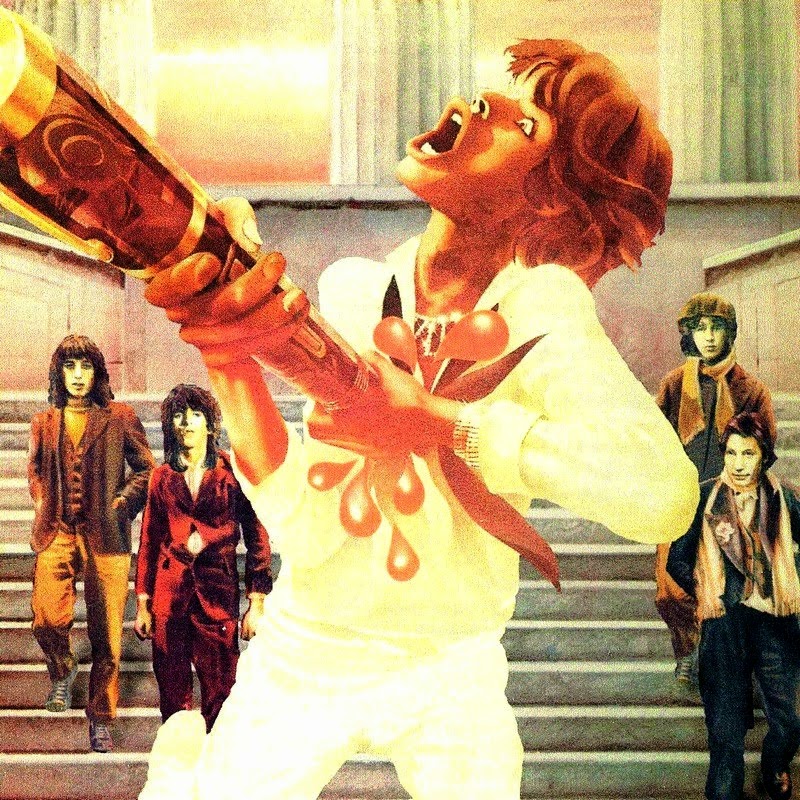 On July 26, 1974 The Rolling Stones released the single "It's Only Rock 'n'Roll (But I Like It)" which featured the immortal lyrics :

If I could stick my pen in my heart,
And spill it all over the stage;
Would it satisfy ya,
would it slide on by ya,
Would you think the boy is strange?
Ain't he strange?

While songwriting credits for the song are credited to Mick and Keef, the song was actually written by Mick and future Stone Ron Wood at Woody's home one night in '73. They recorded a demo with Bowie singing back up.


What does the song --and all of its suicidal imagery--mean? Jagger says:


"The idea of the song has to do with our public persona at the time. I was getting a bit tired of people having a go, all that, 'oh, it's not as good as their last one' business. The single sleeve had a picture of me with a pen digging into me as if it were a sword. It was a lighthearted, anti-journalistic sort of thing."

The song peaked at #10 in the UK and #16 in the US and raised expectations that the next Stones album, due in October, would be better than Goats Head Soup. Spoiler alert: It's not.
at 6:48 PM