40 Year Itch: Night of the Butterflies 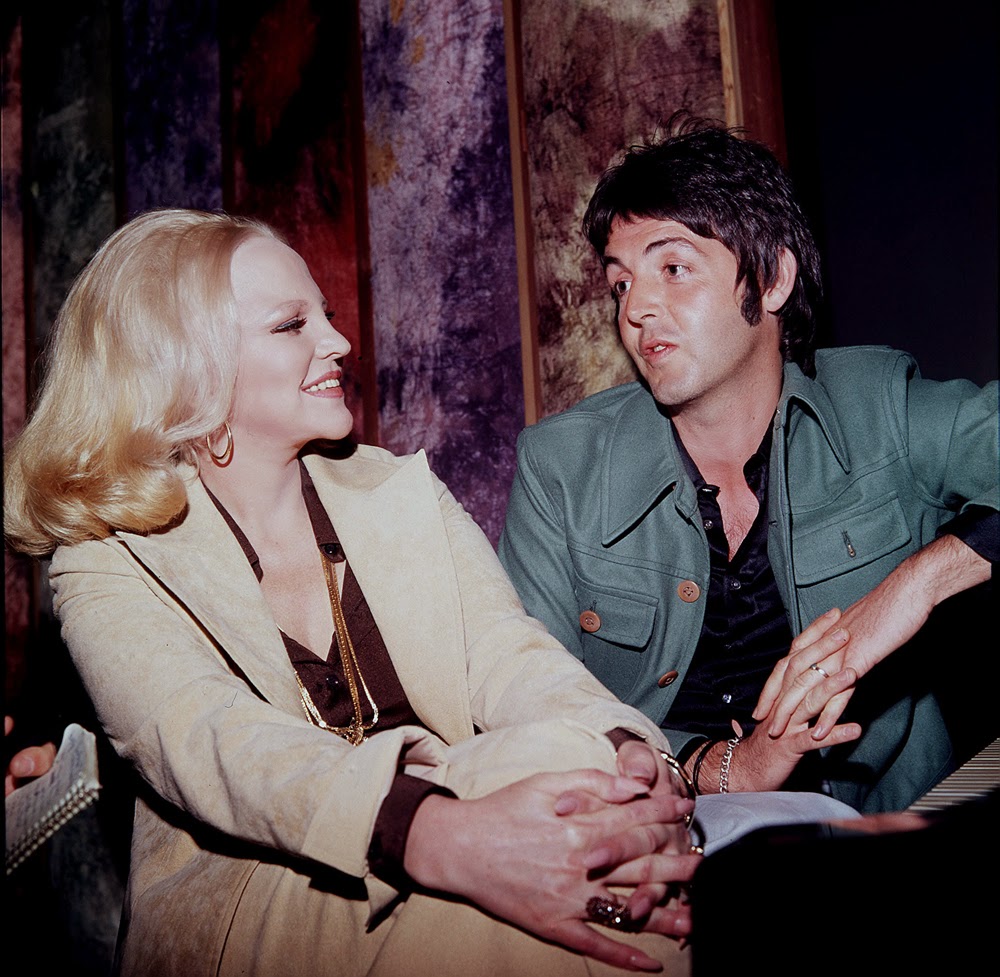 On July 18, Zoo World: The Music Magazine related the story of how Peggy Lee wound up recording a song written by Paul McCartney.

Los Angeles – What do you do when Peggy Lee asks you to dinner? Well, if you’re Paul McCartney, you just don’t buy a bottle of rare champagne to show your appreciation. You sit at your piano and compose her a song. That’s what Paul did when the McCartneys were to meet Miss Lee in London earlier this year. And that’s why he and a most flattered Peggy – one of the greatest pop vocalists of the era, whose name is certainly known to as many people as the Beatles – were at the Record Plant studios one day the first week in June: McCartney was producing his song, "Let’s Love," for the title track to what must be Peggy Lee’s fortieth album.

After a hard day’s work, Paul, unmustachioed and dressed sharply in a black satin shirt and washed-out blue jeans, and Peg, looking trim in a tan suede suit (having recently taken off some weight) and youthful, though at 54 years of age she could be Paul’s mother, held a mini press conference/photo session around Studio C’s grand piano. In high spirits, they casually sang a couple of songs together, elaborated on their surprising collaboration and then took the small mob into the control room to hear the finished track.

"Well, of course," said Peggy to Paul, "I was a fan of yours before you knew about me."

"No, that’s not right," answered McCartney. "No. I was a fan of yours before you knew about me, Peggy." 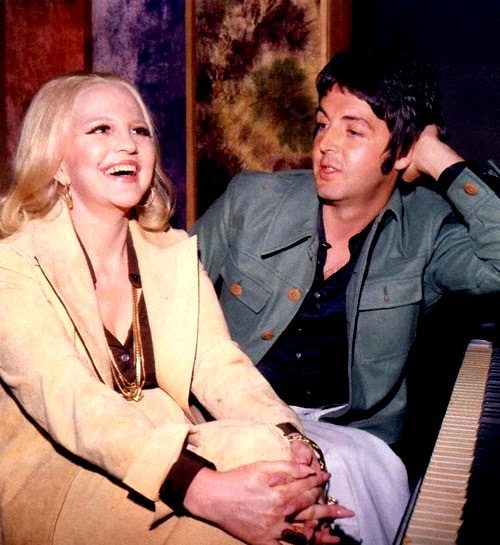 "Yeah, I used to have records of Peggy. I did ‘Til There Was You’ because I had Peggy’s record of it [see Latin a la Lee]… So I’ve been a fan of hers for a long time, you know. And she came to London and she invited us for dinner over at her hotel. So I thought ‘I’m going along to dinner. Well, I’m either gonna take a bottle of champagne or a song…’"

"I’d rather have a song anytime," added Peggy. "I can always get some champagne, but it would be very difficult to get a Paul McCartney song – written especially for me."

"So I took a song along and Peggy said, ‘Great. Let’s do it.’ So we got a hold of Dave Grusin (who with Peggy is producing the rest of the album). And really that’s all there is to it." The logistics were no problem.


"I was delighted, naturally," said Peggy. "And Linda didn’t mind."

"Let’s Love," recorded with Paul on piano, is a simple romantic tune with characteristic McCartney production. From the lone piano introduction, strings and woodwinds enter in stages as Peggy sings in her rich, becalming tones: "Lover, let’s be in love with each other / Tonight is the night of the butterflies / Let’s love…" 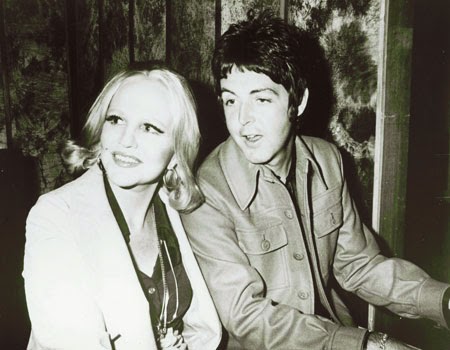 When the new album (her first on the Atlantic label) – and "Let’s Love" in particular – are released sometime in August Peggy Lee may very well have another hit in the Hot 100 charts. "I hope so," she said, speaking in her lavish – but not opulent – Beverly Hills home. "I am so thrilled about the whole thing. The material is strong and I love the one Paul wrote. And to think that he would go to all that trouble. He said it was his way of returning an inspiration… You know I met him and Linda in London an it was instant friendship. And somehow I feel that with all the great things Paul has done, his talent is just growing and growing."

Despite its lazy lyrics, the single did hit the mid 20's in the Easy Listening charts the Thanksgiving week Neil Sedaka's "Laughter in the Rain" held the the top spot.
at 2:00 AM