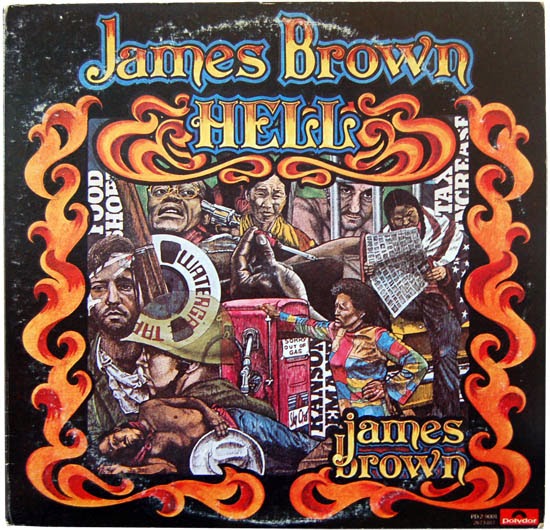 The James Brown double album Hell, released June 28. 1974,  is a bit of a mixed bag. Two sides of glorious soul-powered  funk and two sides of curiosities. The funk sides include the big hit single "My Thang", lead off track "Coldblooded" and a 14-minute autobiographical tune called "Papa Don't Take No Mess".

Among the oddities are chestnuts like "When the Saints Go Marching In" and "Stormy Monday" and a Latin remake of "Please Please Please" that must be heard to be believed. Was The Godfather trying to out-do Stevie Wonder's Spanish quips in "Don't You Worry 'Bout a Thing"? "Don't Tell a Like About Me And I Won't Tell the Truth About You" is a believed to be a response to the people who accused Brown of cozying up with Richard Nixon. 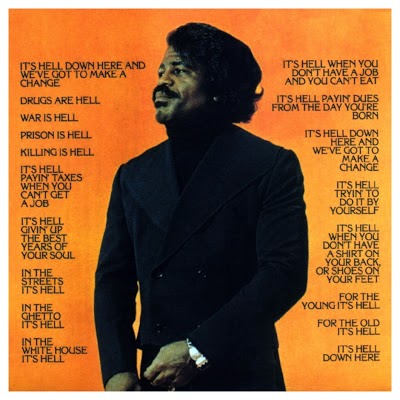 For some God awful reason Brown starts most tracks off with a gong. That might have worked for Kool and the Gang. Once. But once is enough.

As Brown toured Hell, he brought along his daughter Deanna who danced with him on Soul Train. She shared her memories with Soul Train's website:

(That day on Soul Train)  I remember being on the set all day. I wasn’t nervous or anything. I just got on stage and danced. It was just a part of my life. My dad had matching outfits especially designed for us to wear during our performance.


He was just daddy to me. Daddy was just going to work. It did not dawn on me until I was a college student; one time I was in the library and I went through some encyclopedias and read write-ups on my dad. What got me was that they had all of our names listed, me and all of my siblings, not just dad. It really hit me how deep he was.
at 2:00 AM