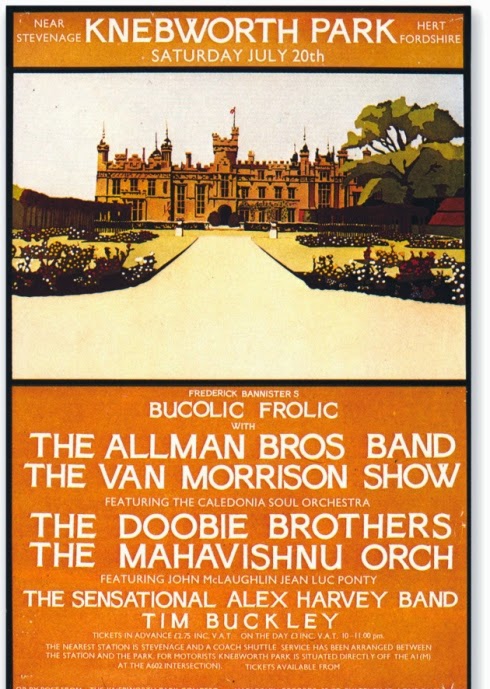 On July 20, 1974,  Van Morrison, The Allman Brothers, The Mahavishnu Orchestra, Tim Buckley, The Sensational Alex Harvey Band and The Doobie Brothers all appeared at Knebworth Park, Stevenage, England. A special PA system was used for the event, claiming to be the best ever for an outside show, weighing 12 tons and needing five technicians. 60,000 people attended the show. For years to follow, Knebworth would hold the title "The Stately Home of Rock" as the biggest bands in the world performed there including Pink Floyd (1975), Led Zeppelin (1979) and Queen ( 1986). For eyewitness accounts and more , visit here 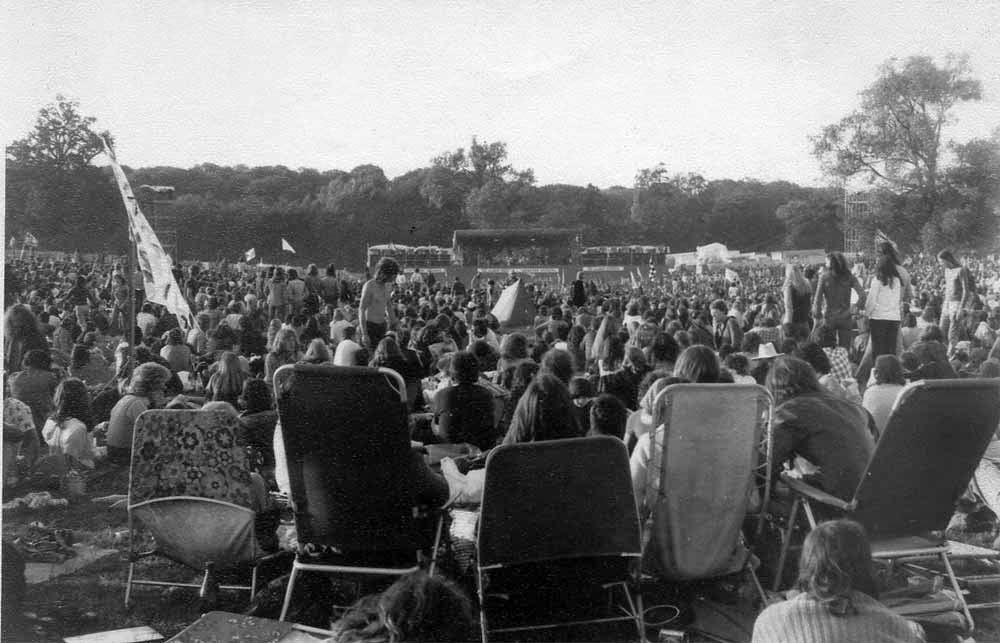