40 Year Itch: Spirit in the Tables 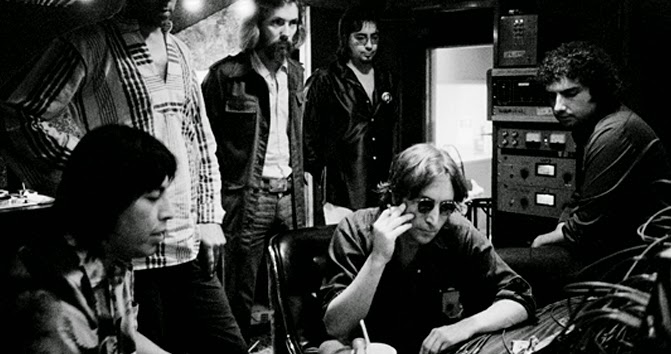 I think I was more in a morass mentally than Yoko was. If you listen to Walls And Bridges you hear somebody that is depressed. You can say, ‘Well, it was because of years of fighting deportation and this problem and that problem,’ but whatever it was, it sounds depressing. The guy knows how to make tables, but there’s no spirit in the tables. I’m not knocking the record. But I’m saying it showed where I was. It’s a reflection of the time.
-John Lennon

On July 13-14, 1974, at the tail end of his self-described "Lost Weekend" and after producing Nilsson's Pussy Cats,   John Lennon and his band entered New York City's Record Plant to go over new tunes--most of which would appear on Walls And Bridges. Lennon was not only rehearsing the songs but he banned alcohol and drugs from the studio. This Beatle was all business. Guitarist Jesse Ed Davis, bass player Klaus Voorman and drummer Jim Keltner would eventually be augmented by other musicians ( among them Nicky Hopkins on piano and vocals from both Harry Nilsson and Elton John) as well as heavy production that --to the ears--weighed down the final product. Lennon had a great voice. He was one of the few who never appreciated that fact. The only song recorded that day to not appear on Walls And Bridges is "Move Over Ms. L" which was pulled from the album at the last minute. In 1975, another version became a B side to "Stand By Me". 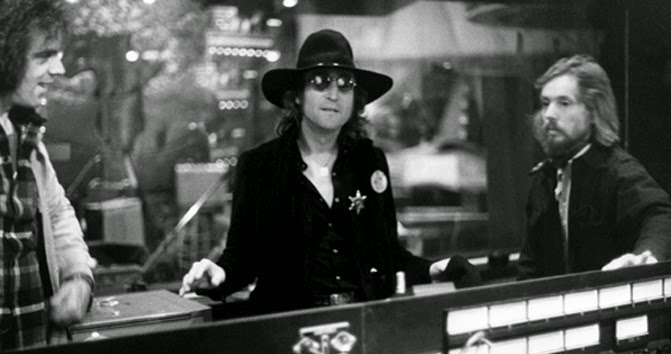