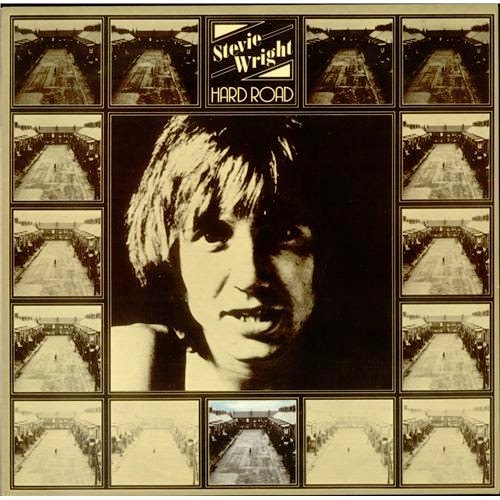 Former Easybeats singer Stevie Wright topped the Australian charts in the Summer of '74 with an 11-minute, three part single called "Evie". Written by his former bandmates, "Evie" stayed #1 for six weeks and spent half a year on the charts.

Radio stations usually just played the first part "Let Your Hair Hang Down", which  chugs along like a bouncy glam rock tune. (It actually sounds like something the White Stripes might have recorded). 21 year old AC/DC rhythm guitarist Malcolm Young ( brother of songwriter George) plays the solo.  Flip the 45 over and you get the other two parts. Part two ("Oh Evie...I'm Nothing Without You") is a quiet piano ballad in the manner of Bread. Stevie was worried he sounded to much like Engelbert Humperdinck.  Part three ("I'm Losing You"), a disco rave,  may be the biggest surprise.

Stevie Wright is one of rock's survivors. He lost all of his money thanks to his addiction to heroin. He told Off the Record author Shar Adams:

"I have undergone shock treatment, sedation, two years of rehabilitation treatment with Salvation Army, and two lots of six month treatments at a rehabilitation centre called Westmount. I was dying really."

The sedation treatment probably didn't help. Wright underwent Deep Sleep Treatment, a controversial method that had killed at least 24 people by using drugs to put them in comas for days or weeks at a time.
Wright is still alive and can still be persuaded to get on stage and sing "Evie".