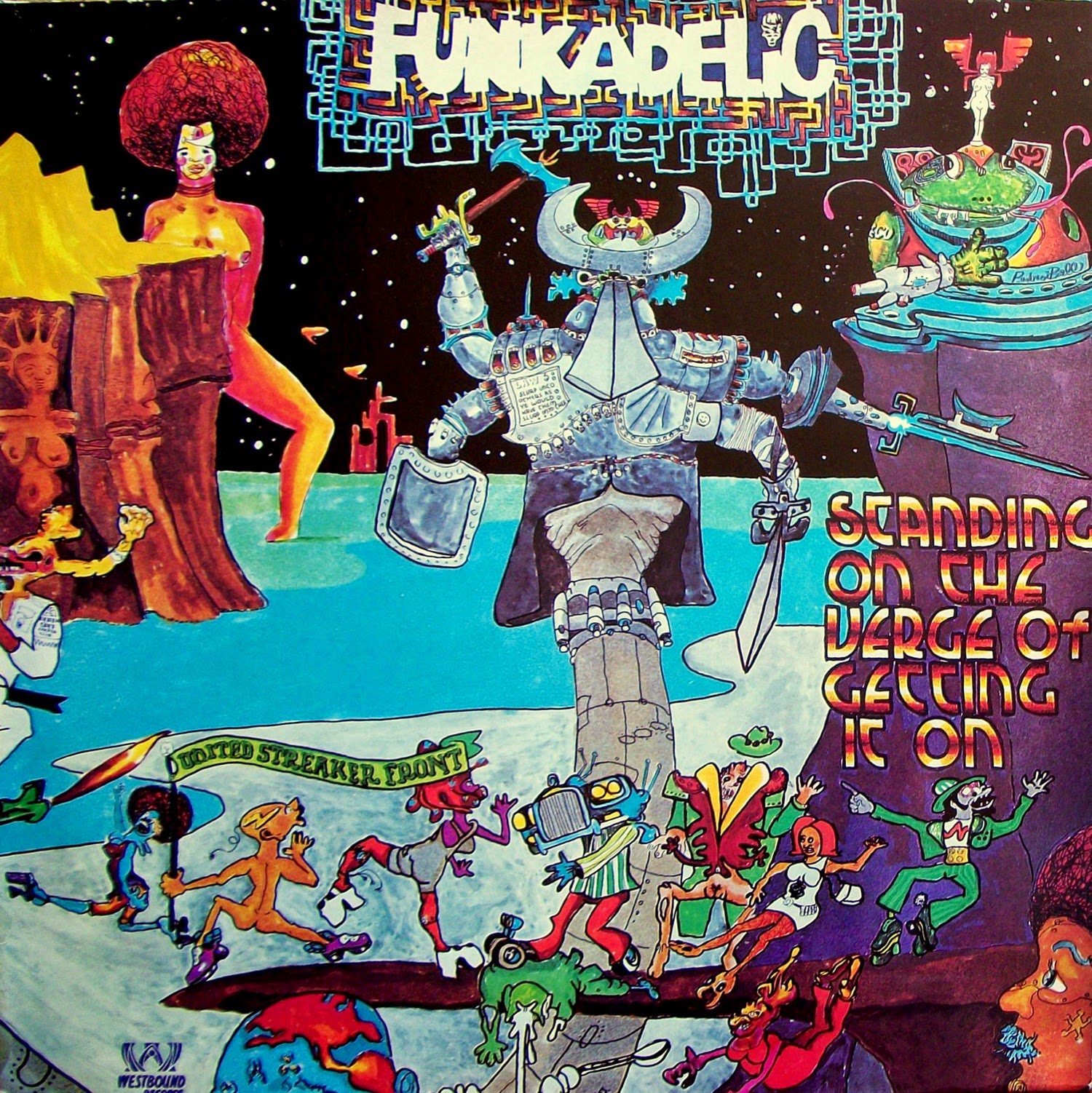 Standing On the Verge of Getting It On, released in July of 1974, captures Funkadelic at maximum sustained-funk. In many ways it is the ultimate Funkadelic album. Guitar phenom Eddie Hazel, who has barely been present for the last two albums, comes back strong here, co-writing all of the songs on the album with George Clinton. The epic closer, "Good Thoughts, Bad Thoughts" will remind listeners of Hazel's "Maggot Brain" workouts.

Hazel and George Clinton have also enlisted some other outstanding musicians including future Talking Heads mainstay Bernie Worrell on keyboards and the "World's Only Black Leprechaun" , Cordell "Boogie' Mosson shines on bass. 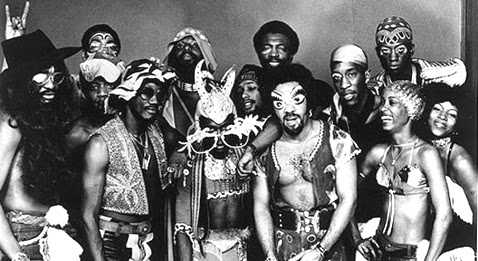 By this point, Funkadelic had become one of the ultimate concert acts: Clinton might be seen jumping out of a coffin and conducting the audience through catch phrases.There was always someone running around in a diaper and someone else simulating sex acts. 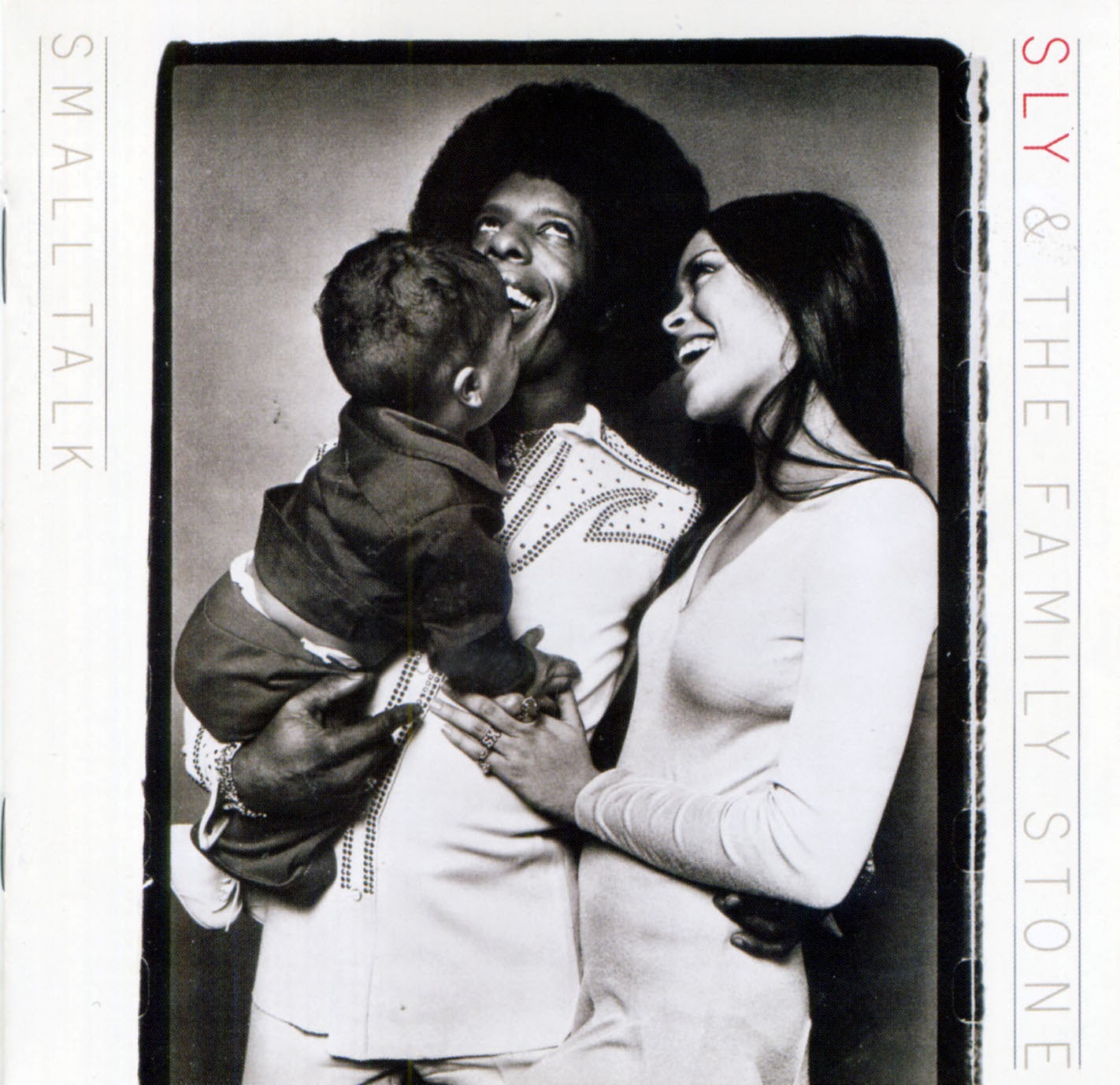 Just married, in an onstage ceremony to Kathy Silva at sold-out Madison Square Garden, Sly Stone released Small Talk, his seventh and final album with the Family, in July of 1974. It was met with mostly negative reviews like this one from Rolling Stone's Vince Aletti:

I'd call Small Talk disappointing but that would assume I had some expectations left for Sly and the Family Stone.

Those reviews pretty much doomed Small Talk until recent years, when music fans couldn't believe the album following the critically reappraised Fresh had nothing on it worth hearing. 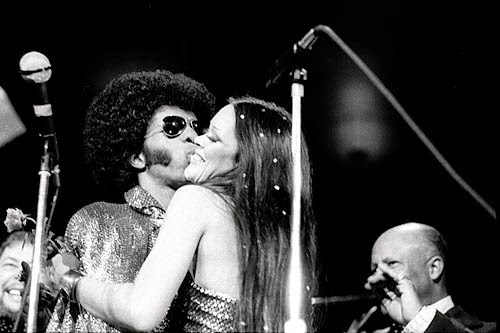 To these ears, the best tunes are the ones that could have been on Fresh. I like the horns on "Holdin' On" and the muted funkiness of "Can't Strain My Brain". That doesn't say a lot for Sly's originality. But maybe with a newborn crying all the time ( like on the wretched first cut), Sly really couldn't strain his brain.

Labels: 1974, Funkaldelic, Sly and The Family Stone, Small Talk, Standing on the Verge of Getting It On