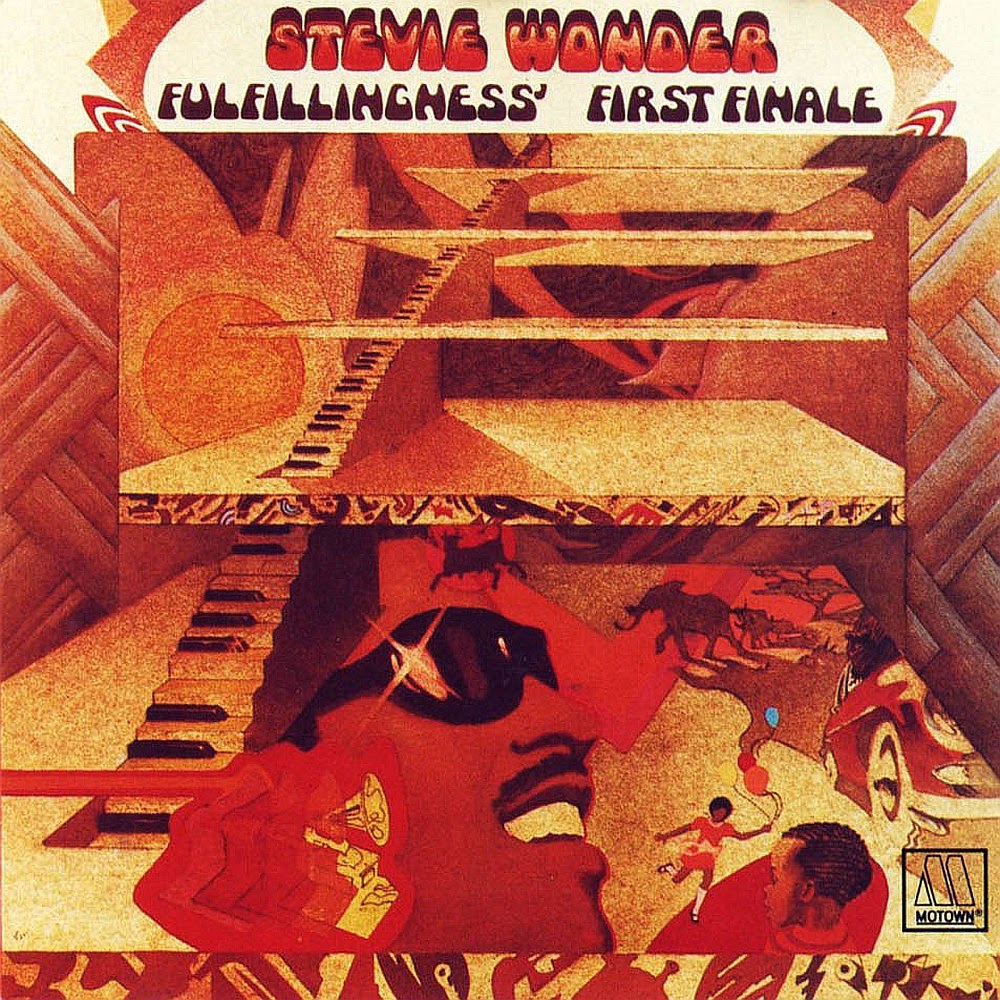 For Stevie Wonder, the 1973 car accident that nearly killed him ended Chapter One of his life. Fulfillingess' First Finale, released July 22, 1974, wraps up the story so far. The album cover features images of Little Stevie, JFK, MLK, The Motortown Review bus, his high school graduation and multiple Grammy Awards. Musically, this mostly somber, personal album retains the synth masters of TONTO's Expanding Head Band ,producers Robert Margouleff and Malcolm Cecil, so there is a consistency in sound with his other early 70's classic albums. It is said that the accident made Wonder more spiritual and more personally aware. 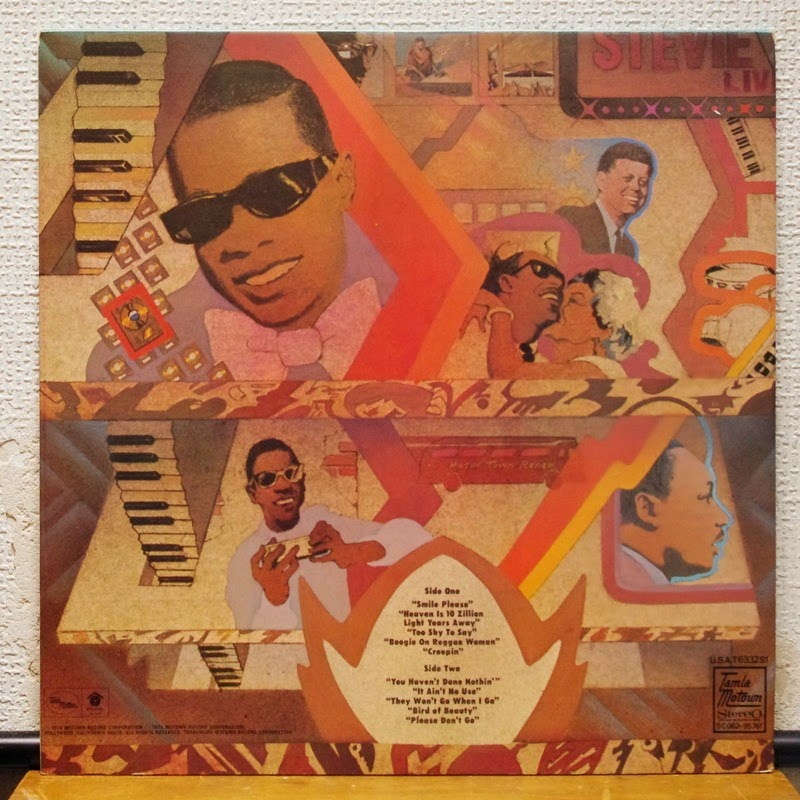 Considering all the work he had done for other artists this year ( producing and writing much of Syreeta's album, producing Minnie Riperton's Perfect Angel, giving Rufus "Tell Me Something Good" and Aretha "Until You Come Back To Me"), it's remarkable to think Wonder had enough songs for a double album.

The first single is  the funky, political jibe-packed anti-Nixon "You Haven't Done Nothin'" which would hit #1 the month of Nixon's resignation. At the time Stevie said:

I don't vote for anybody until after they have really done something that I know about. I want to see them do something first.

The Doo Doo Wop refrain is sung with the Jackson 5.


It's interesting to note how often Stevie Wonder talks about and sings about "seeing". The opening lines of the lusty second single, "Boogie on Reggae Woman" are

Among my favorite deep cuts is "It Ain't No Use". As on most  cuts, Wonder is playing everything: keyboards, Moog-made bass and drums. He only needs some sweetening on the back up vocals provided courtesy of Minnie Riperton, Deniece Williams and Lani Groves. This could fit on that magical Side Two of Songs in the Key of Life.
Fulfillingess' First Finale topped the Pop Album charts in the US for two weeks and won three Grammys including Album of the Year. 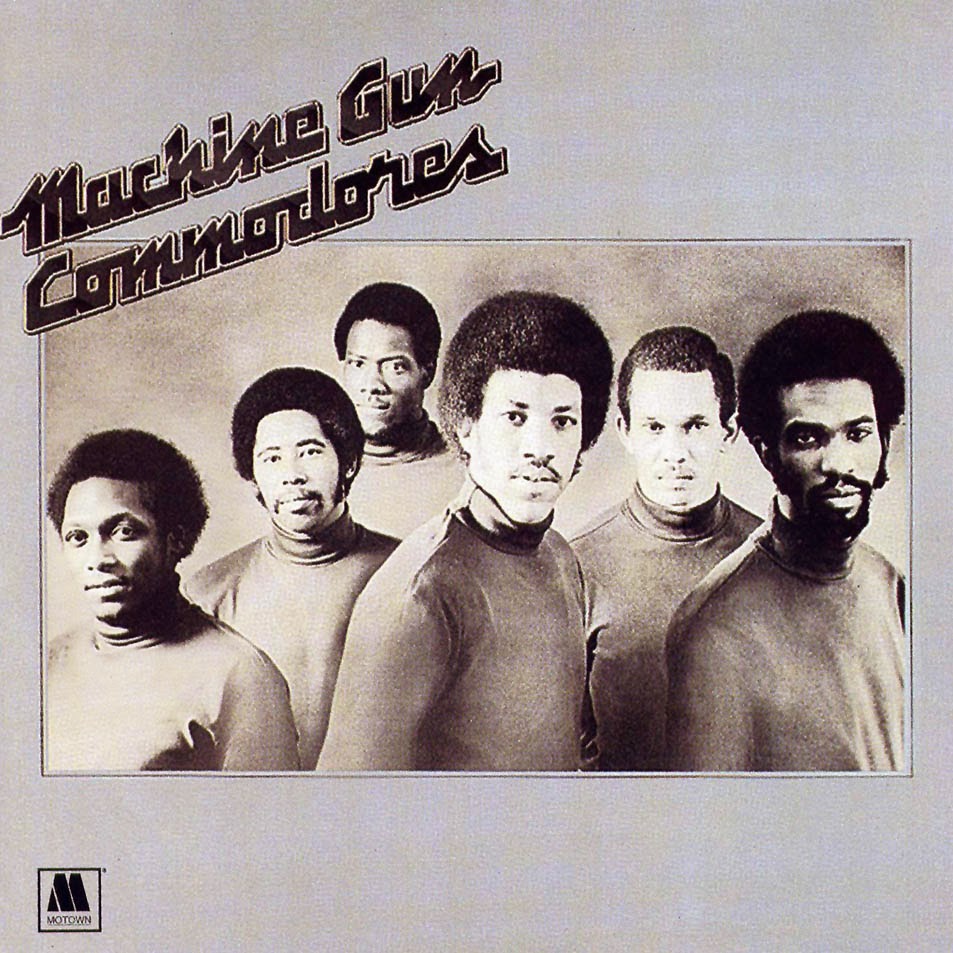 That same day Motown released Machine Gun, the debut  album from The Commodores. Perhaps unconvinced  the band would ever record a ballad good enough to be a hit single, Berry Gordy asked for an album full of nothing but funk. The title cut may have been composed off a blueprint of Billy Preston's recent hits ( Outa-Space, Space Race) but the song put The Commodores on the hit making track, peaking at #7 on the R and B charts and #22 on the pop charts.

The second single, "I Feel Sanctified", was popular with fans of the Bump Dance craze.


By the way, the Commodores did have some success with ballads. Future Top 10 hits include "Just To Be Close To You", "Easy" and "Three Times a Lady".
at 2:00 AM