40 Year Itch: Back on the Stompin' Ground 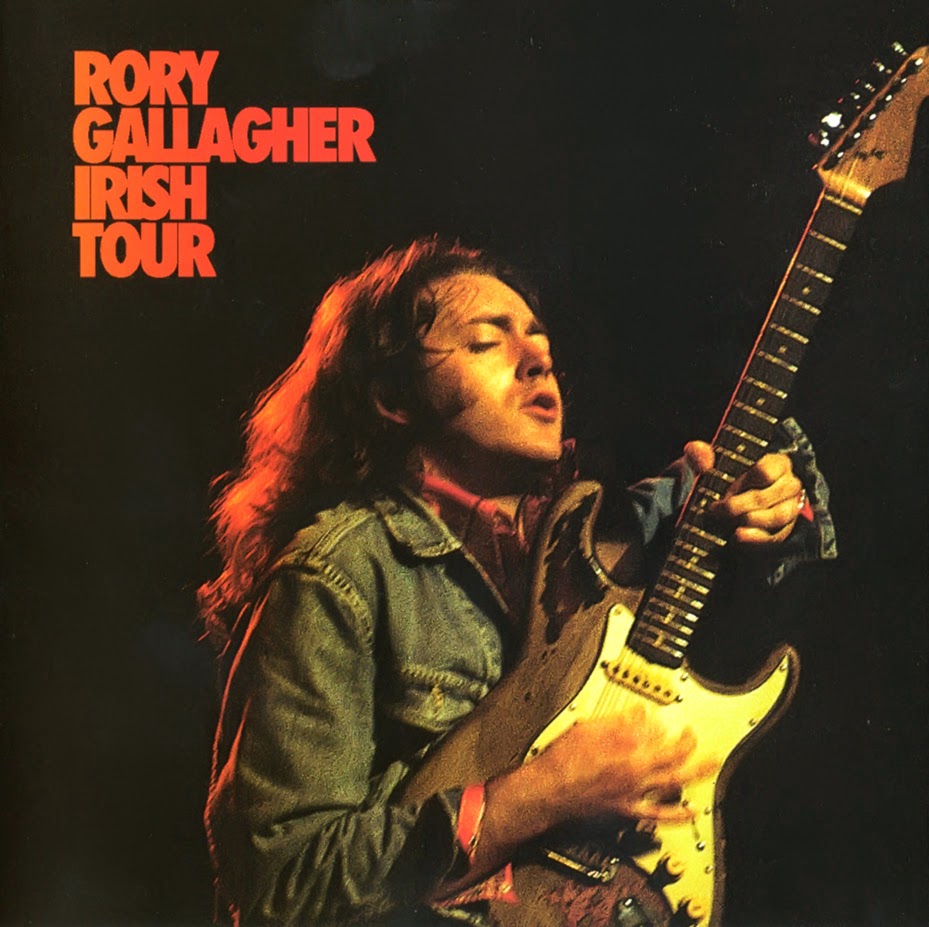 God bless any rock and roll act that followed Rory Gallagher and his band's blistering tour of his troubled homeland. On the double-live album Irish Tour, released on July 21, 1974,  Rory, long-haired drummer Rod de'Ath, shaggy bassist Gerry McAvoy and keyboardist Lou Marin sound united by ESP or at least a mission to give the Irish a 70-minute break from the Troubles.
A day before the Belfast show, one of three recorded for this album, ten bombs went off throughout the city. People thought Rory would cancel. Instead, as journalist Roy Hollingworth reported, he gave them the show of his life:

"I've never seen anything quite so wonderful, so stirring, so uplifting, so joyous as when Gallagher and the band walked on stage. The whole place erupted, they all stood and they cheered and they yelled, and screamed, and they put their arms up, and they embraced. Then as one unit they put their arms into the air and gave peace signs. Without being silly, or overemotional, it was one of the most memorable moments of my life. It all meant something, it meant more than just rock n' roll, it was something bigger, something more valid than just that."

The tour was captured on film by Tony Palmer ( who also documented tours by Zappa, Ginger Baker and Leonard Cohen). Let's forgive him for not addressing the troubles because watching it, you'll see Rory Gallagher for who he is : just a decent, gentle soul . A flip gets switched when Rory gets on stage. And he becomes one of the most dynamic entertainers you'll ever see.
at 2:00 AM