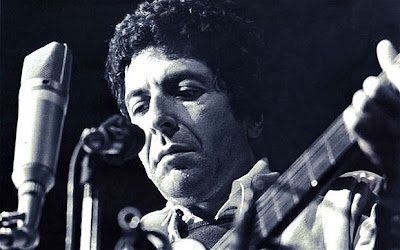 On April 21, 1972 Leonard Cohen was wrapping up a difficult 20 city tour of Europe and Israel in Jerusalem. The entire tour was plagued by bad sound and Cohen's own doubts as a performer. Director Tony Palmer ( who had also shot Cream's farewell concert and co-directed Frank Zappa's 200 Motels) was given incredible access. He had already witnessed Cohen giving some Oslo fans their money back after a concert. ( Watch below)


“He was very uncomfortable performing,” Palmer told The New York Post. “He felt like, ‘I wrote these songs as meditations between myself and maybe one other person, and now I’m required to do them night after night like a parrot.’ That bugged him a lot.”

On his final night, Cohen just didn't feel it. The crowd seemed to be having a good time especially as Cohen began singing the first lines of "Bird On A Wire". But their applause stopped Cohen cold.

"I enjoy your recognising this song but I'm scare enough as it is up here and I think something's wrong every time you applaud."

Later in the midst of "So Long Marianne" Cohen stopped again quoting Kabbalah and saying "Now look. If it doesn't get any better we'll just end the concert and I'll refund your money because I really feel we're cheating you tonight. You know some nights one is raised off the ground and some nights you just can't get off the ground and there's no point in lying about it. And tonight we just haven't been getting off the ground."

And with that Cohen and his band went back stage to "profoundly meditate in the dressing room".

What you don't see in this clip is that after a lot of tears and refusals, Leonard and his band did come back on stage. The audience greeted them by singing "Shalom Aleichem", a traditional song that welcomes an angel to the table on the eve of the Sabbath. Cohen could have played "Hey, That's No Way To Say Goodbye" but instead he delivered an encore that included "Famous Blue Raincoat".

These clips can now be seen fully restored in Palmer's Bird On A Wire , made up of long lost clips found in rusted cans inside a Hollywood warehouse. Now in his late 70's, Cohen is still recording ( His 12th album Old Ideas came out in January) and touring. 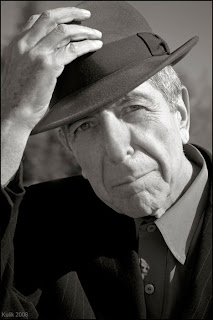