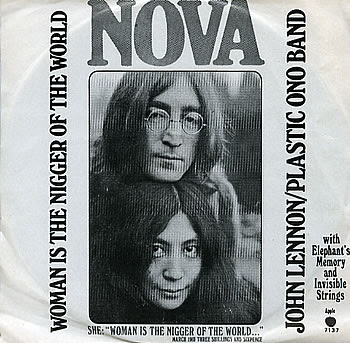 A lot of men wanted to support women's rights. This single, released on April 24, 1972, probably wasn't the way to do it. The title is based on something Yoko said in 1969. Naturally the BBC banned the song. A lot of radio stations refused to play it and it became the lowest charting single of Lennon's career.


The song may have been offensive to some people but it all fit into Lennon's view of revolution. Here's what he told Red Mole Magazine in 1971:

The women are very important too, we can't have a revolution that doesn't involve and liberate women. It's so subtle the way you're taught male superiority. It took me quite a long time to realise that my maleness was cutting off certain areas for Yoko. She's a red hot liberationist and was quick to show me where I was going wrong, even though it seemed to me that I was just acting naturally. That's why I'm always interested to know how people who claim to be radical treat women.


Lennon was proud of the song. He claimed in a Playboy interview it was the first feminist anthem before Helen Reddy's "I Am Woman". Actually Reddy released "I Am Woman" in August 1971. It just failed to so much of anything until September of 1972. By the holiday season "I Am Woman" was #1.

Labels: 1972, John Lennon, Woman Is The Nigger of The World