40 Years Ago Today: The Jive Artist Hits His Peak 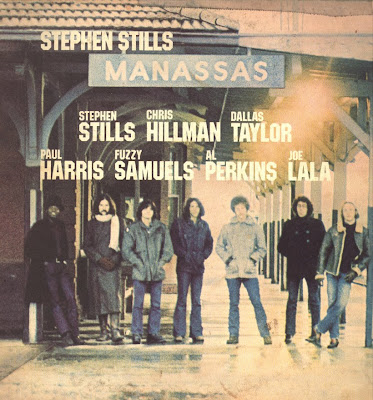 At the height of his creative powers and full of ambition, Stephen Stills teamed up with his friend, Flying Burrito Brother Chris Hillman, pedal steel guitarist Al Perkins and Jamaican bassist Calvin "Fuzzy" Samuels  ( among others) to record a double album full of great rock'n'roll steeped in country, blues, folk and even a little Latin. Though the album has fallen in and out of critical favor over the past 40 years, there's an argument to be made that Manassas is the best thing Stills has ever done.

Stills seemed to know right from the start he had something special. He told reporters "It's not totally a partnership but it's enough of a partnership that everyone's satisfied. It's better than Crosby, Stills and Nash, Deja Vu and my two solo albums. I'm really proud of it."
In an 1973 article for Rolling Stone entitled "Stephen Stills: The Reformation of a 'Jive' Artist, Judith Sims suggests his marriage to Veronique Sanson and quitting cocaine helped Stills settle down. The picture she paints of Stills before Manassas isn't pretty:

It's difficult to name a rock and roll star who's been put down, chopped up, dismissed and generally hated as much as Stephen Stills. Not hated by the public who buy his records and concert tickets, but by those people who've spent more than five minutes dealing with him personally. He's been an ostentatious spendthrift (everything from a $36,000 Mercedes snowplow to expensive microphones he never even unwrapped), a conspicuous consumer of drugs, notably cocaine (allegedly $18,000 a month up his nose), a notorious boozer onstage and an insecure egotist. 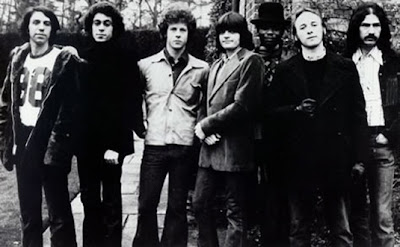 Manassas is made up of 21 songs split into four themed sides: "The Raven" is classic Stills rock and is highlighted by "Anyway", "The Wilderness" features country and bluegrass. Here you'll find Stills's last song for "Suite Judy" Collins "So Begins The Task. "Consider" is a bit more folky. This is where the single "It Doesn't Matter" was placed. The final side is "Rock'n'Roll Is Here To Stay" and features an 8-minute fan favorite "Treasure" as well as "The Love Gangster" co-written with The Rolling Stones bassist Bill Wyman who reportedly briefly considered leaving the Stones for Manassas.

In this year dedicated to 1972, I'd have to say this has been the most rewarding listen so far. Somehow you can buy the entire album on one CD. You should.