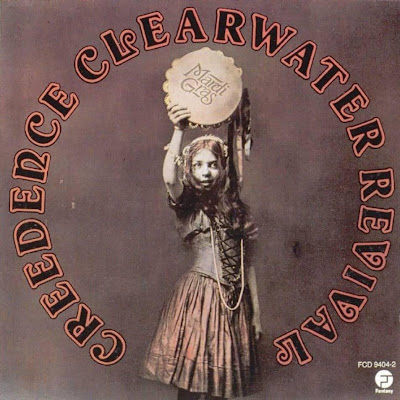 Mardi Gras , the seventh and final Creedence Clearwater Revival album, sounds like a 28-minute "F---You" from John Fogerty to band mates Doug Clifford and Stu Cook. Tom Fogerty has already left CCR during the recording of Pendulum after a series of disputes about creative say in the band. With Mardi Gras, Fogerty seems to be saying "after all these years my songs and my singing have carried this band, here's your chance to see what we'd sound like if Creedence were the democracy you guys have been asking for". 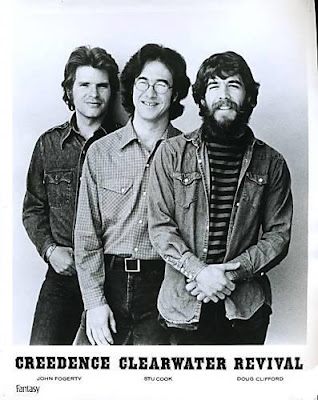 Fogerty offered just three songs( "Someday Never Comes", "Lookin' For A Reason", and "Sweet Hitch-Hiker"). Clifford and Cook wrote and sang on the rest with Fogerty only playing rhythm guitar. The album kicks off with "Someday Never Comes", a #25 hit, and like a bad joke Stu Cook's "Take It Like A Friend" follows. It's god-awful. (Though Clifford's "Need Someone to Hold" is a very decent country rock tune). Critics were rough on the album. Rolling Stone reviewer Jon Landau called Mardi Gras "the worst album I have ever heard from a major rock band".

The acrimony continues 40 years later. Asked about Fogerty's recent comments that a reunion was possible, Cook and Clifford recently told UnCut Magazine "Leopards don't change their spots. This is just an image-polishing exercise by John. My phone certainly hasn't rung," Cook said. Added Clifford: "It might have been a nice idea 20 years ago, but it's too late."
at 12:30 AM