40 Years Ago This Month : Lou Lays An Egg 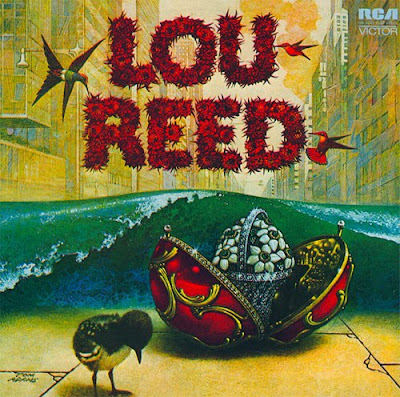 Largely made up of Velvets leftovers (including "I Can't Stand It" and "Ocean", "Lisa Says") Lou Reed was recorded in the same legendary Morgan Sound Studios where Cat Stevens, Jethro Tull and Paul McCartney had laid down tracks. Surrounded by English musicians ( including Steve Howe and Rick Wakeman of Yes and the same drummer who played on Donovan's "Hurdy Gurdy Man"), Lou sounds tentative.

The standout track is "Wild Child", a preview of the art crowd reportage he'd be doing on Transformer's "Walk On The Wild Side" later in the year.
at 12:30 AM