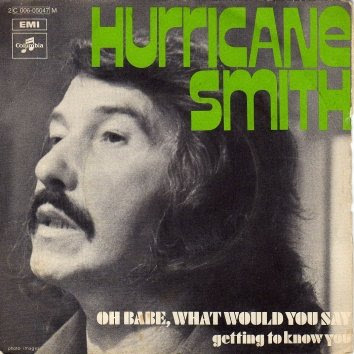 As Norman Smith, he engineered all the Beatles albums though Rubber Soul. Unflappable, unhurried and always wearing a shirt and tie, he earned the nickname "Norman Normal" from a word-playing John Lennon. Smith also worked with Pink Floyd, producing Piper At The Gates of Dawn, A Saucerful of Secrets and Ummagumma. His job, apparently, was to keep them thinking more songcraft, less spaced-out atmosphere. With Pretty Things, he produced the rock opera S.F. Sorrow. 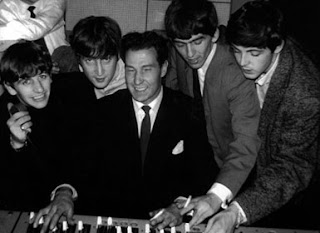 But Smith was more than a technician. He could also write songs and, arguably, even sing. At the age of 49, he gave up his "Normal" nickname and went with "Hurricane". In April of 1972, coming off a UK#2 hit called "Don't Let It Die",  Smith scored a Top 5  hit on both sides of the pond with his dance hall throwback "Oh Babe, What Would You Say". The follow-ups failed to make much of an impact and Smith went back to producing and engineering. He passed away in 2008.