40 Years Ago : An Acid Folk Masterpiece 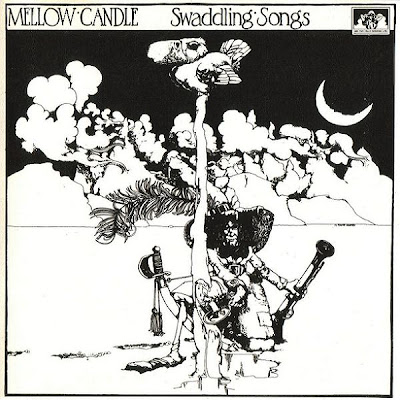 Clodagh Simonds and Alison O'Donnell were twelve year old students at the Holy Child Convent School in Dublin when they formed Mellow Candle. Among the first songs Simonds wrote was "Lonely Man" ( which appears on their cult-fave album Swaddling Songs). The lyrics reveal a precocious poet in training:

Lonely man looking for the day/
Damns the night whose stars have left him cold.

(For some perspective when I was 12 I wrote a song called "Basketball Star" :
Here he comes/ Out of his car/ The 6 foot 9/ basketball star) 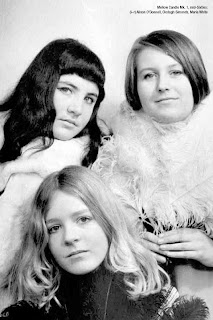 Alison recently explained Clodagh's lyrics ( which contained allusions to angels, saints, and unicorns) in this way :‘

She was very into — well, we both were in those days — mystical, spiritual things. Clodagh’s writing from her imagination and experience in a way where the premise is true but everything else is invented around it. She’s never too obvious. There are kernels of truth, but she has imagined a lot.’

The actor David Hemmings helped the girls, then 15 and 16,  record their first single. It fizzled. They toured with Thin Lizzy, Genesis, Donovan and The Chieftains. Four years later, in April of 1972,  taking on the persona of beautifully-voiced acid folkies, they released Swaddling Songs. It also fizzled. The band dissolved and Alison and her guitarist moved to South Africa. 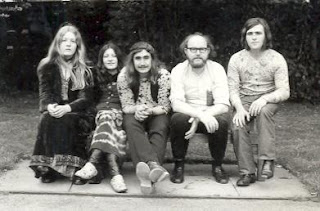 But decades later, with the help of Mojo Magazine ("Folk rock at its most acidic and velvety. The highpoints of Swaddling Songs are among the most spine-tingling performances from anyone, ever"). and hip music snobs all over the world, Mellow Candle is now considered a cult folk-rock band and their album a progressive folk rock masterpiece. It is truly a grower.