40 Years Ago This Month: The Other Two 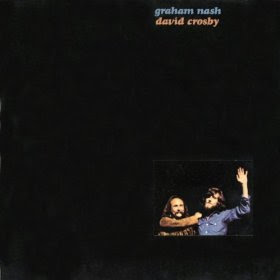 While Neil Young was celebrating two weeks at #1 with  Harvest and Stephen Stills was hitting his creative peak with Manassas , the less interesting half of the disbanded CSN and Y knocked out an album of nicely crafted songs and sweet harmonies.It hit #4 on the charts thanks to Nash's singles "Immigration Man" and "Southbound Train". As "Page 43" demonstrates,  Crosby was in his own songwriting world. No Verse Chorus Verse for the original dude. The duo managed to drag into the studio some of the same suspects from Crosby's brilliant 1971 album If I Could Only Remember My Name to help out. Among them, Grace Slick, Jerry Garcia, Joni Mitchell and Stills and Young. Not everyone was impressed. Robert Christgau said the album sounded flat, like "two stars trapped in their own mannerisms."