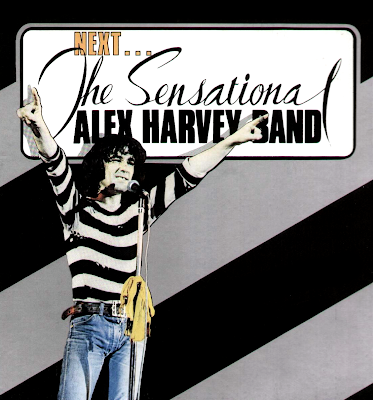 Nearly 40 years old, Scotsman Alex Harvey had already played skiffle, R and B and in Hamburg clubs before meeting up with the members of  the prog rock band Tear Gas and forming SAHB, The Sensational Alex Harvey Band. In November of 1973 they released their best album, the cult fave Next. 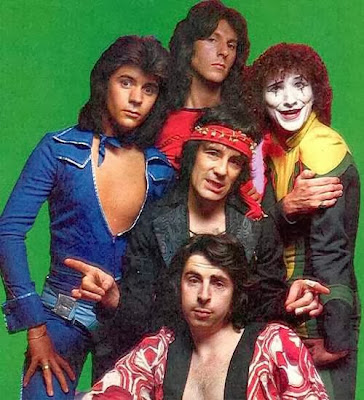 There is something exhilarating about listening to a band just going for it. To hell with people's feelings! To hell with good taste! So of course there is a song with the chorus "Ain't Nothing like a Gang Bang to blow away the blues". And there's the unforgettable title track, a tango about visiting whore houses and contracting sexually transmitted diseases written by Jacques Brel ( whose "Le Moribund would be the following summer's big hit as Terry Jacks's "Seasons in the Sun"), performed with astonishing theatricality on The Old Grey Whistle Test. Watch the videos and just try to think of an artist who does a better job of inhabiting his songs.

But the album's highlight is "The Faith Healer", which begins with two minutes of an electronic loop.  At the 1973 Reading Festival, Harvey's question "Can I Put My Hands On You?" was met with 30,000 fans raising their hands in a frenzy.