40 Year Itch: Lost in the Cartoon 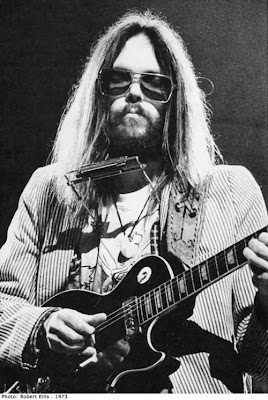 In November of 1973, Neil Young was treating fans to a preview of most of the new songs that wouldn't appear on record for another two years. But what a record! Recorded for the most part on August 26, 1973 ,Tonight's The Night is mostly a dark album by an artist grieving the deaths of Crazy Horse's Danny Whitten and Young's friend and roadie Bruce Berry, overshadowing some lighter moments about partying and the birth of Neil's son. Reprise, Neil's label, was too scared to release it so it became the third entry of the bummed-out Ditch Trilogy.